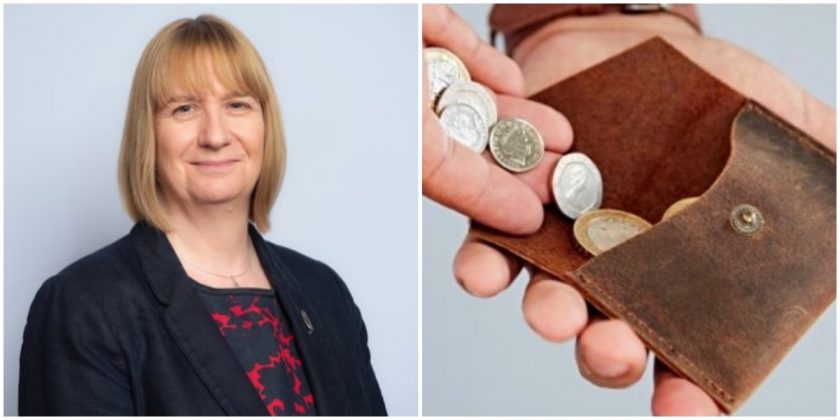 The Older People’s Commissioner for Wales has written to the Welsh Government calling for additional financial support for older people on low incomes, to protect them against rising energy and living costs.

The Commissioner has called on Ministers to extend the availability of the recently announced Winter Fuel Support Scheme to include older people who receive Pension Credit, who can be particularly vulnerable and least able to withstand increased financial pressures and steeply rising bills.

In her letter, the Commissioner highlights that the long-established Winter Fuel Allowance – whilst a crucial form of support for older people – is now worth far less in real terms today, and that the additional £100 that would be offered would make a significant difference in helping people to make ends meet.

The Commissioner is also calling on the Welsh Government to take urgent action to increase the take up of Pension Credit through a high-profile media campaign aimed at older people and to extend initiatives already underway to identify individuals most likely to be eligible and provide them with the support they need to claim what they are entitled to.

Alongside her letter, the Commissioner has also issued a joint statement with key older people’s organisations – including Age UK and Age Cymru, Scottish Care, Independent Age, and the Commissioner for Older People for Northern Ireland – which sets out further areas of concern where government action is needed to ensure that older people get the support they need during this challenging winter.

This includes action to ensure that support mechanisms can be quickly re-introduced if they are needed as we deal with the next phase of the pandemic so that older people are able to continue to access food, medicine and other essential supplies and services, including health services.

The statement also calls for greater investment throughout the UK in community and voluntary services that support older people’s physical and mental health, including widening the availability of services for older people experiencing loneliness, which will be crucial to support older people’s health and well-being and prevent the need for more costly health or care interventions.

“Throughout the pandemic, older people throughout the UK have shown great resilience, but we have also seen how important help and support has been for older people, particularly those who may be vulnerable.

“Living costs are already rising significantly, and with costs expected to rise even further – estimates suggest that energy prices could increase by up to 40% in April, for example – we are likely to see even more older people plunged into fuel poverty, potentially forced to choose whether to eat a proper meal or heat their homes and putting their health and well-being at risk to make ends meet.

“That’s why I am calling on the Welsh Government to provide additional financial support to older people in receipt of Pension Credit by widening the eligibility for the Winter Fuel Support Scheme, which would make a big difference to older people who are most likely to be struggling financially and help them to meet the increased living costs.

“In addition, it is important that we see wider action – from governments across the UK – to ensure that older people can access the support they may need to stay healthy and safe, during what could be a difficult few months ahead, which I’ve highlighted in my joint statement with UK partners today.

“Community support will also continue to be crucial, so we need to see greater investment in services that support older people’s physical and mental health, including support for older people experiencing loneliness.

“This action and investment is vital to protect older people’s health and well-being as we deal with the this phase of the pandemic and look towards our recovery.”