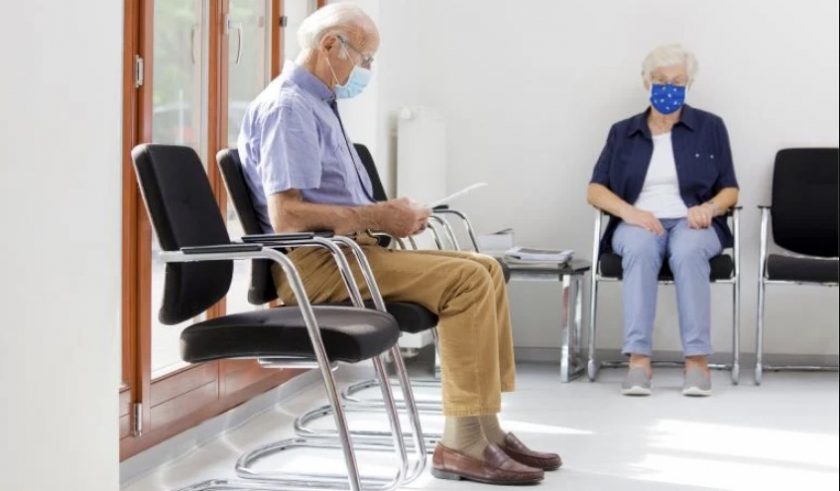 The latest figures on NHS waiting times have been published by Welsh Government this morning, BHF Cymru says the number of people waiting for life saving treatment and vital diagnostic services in Wales is at a record high.

At the end of July 2021, there were 24,231 people waiting for heart surgery or treatment, including invasive heart procedures, in Wales.

5,832 patients were waiting over six months, which is down from the 6,220 waiting this long the previous month and shows a positive trend from the peak of 8,433 last September, but the charity says despite some progress, almost a quarter (24%) of patients had been waiting longer than six months for their treatment.

The figure is more than three times as high as before the pandemic. At the end of February 2020, there were 1,763 patients waiting as long.

In addition, there are a record number of patients in Wales waiting for diagnostic services, including 14,067 people waiting for echocardiograms which can help diagnose and monitor certain heart conditions and can help doctors decide on the best treatment.

Adam Fletcher, Head of BHF Cymru, said heart patients must not be forgotten in the healthcare system, “Despite the NHS in Wales and its staff pulling out all the stops, we are still seeing hundreds of patients waiting longer for heart surgery, which is not a luxury that people can live without. Delaying cardiovascular care can lead to disabling conditions, including heart failure, or even cost lives.

“There are some encouraging signs that waiting times are improving, but the long-term picture is obviously deeply concerning. We need Welsh Government to implement the quality statement for heart conditions to prevent more lives being lost to treatable heart conditions.”

A self-employed builder, Jeff is keen to get back to work with his son Darren, 33, after a traumatic year for the whole family.

“My work has always kept me relativity fit and healthy,” he says, “for 40 years I’ve run my own business in the domestic building trade, up and down ladders, and very active really. We’ve got two grandchildren, Theo’s 5 and Libby’s 3, and they only live down the road, so there’s plenty to keep myself and my wife Helen busy.”

In January Jeff became ill and was taken to the Royal Glamorgan Hospital by his son.

“Darren drove me to hospital because I’d had chest pains and I’d been sick. I’d taken myself to bed, but the pains continued, so I knew I needed to be checked over,” he says.

“They told me I’d had a heart attack, which was obviously worrying, and I was sent to University Hospital of Wales in Cardiff to have a stent fitted.

I was told I’d need more treatment, another stent, in three months’ time.”

Having taken a month off in January to recover, Jeff returned to work. “I’m self-employed and we have to keep the business going,” he says, “It’s one of those things, we’ve got to pay the bills.”

In June Jeff began experiencing further worrying symptoms, “I was having chest pains and I tried to find out where I was on the list for treatment, but there was no news.

In the end things got so bad Helen took me in to A&E to get checked again. On 8th July they did more tests on me in the Royal Glamorgan Hospital and it turned out I’d had another heart attack.”

Jeff was admitted to the Royal Glamorgan Hospital and then transferred to Llandough Hospital in Cardiff for open heart surgery, which eventually took place in August, two weeks after he’d been admitted to hospital and 5 months later than the second stenting procedure that was originally planned.

Jeff is grateful for the care he received from everyone involved in his treatment but says he’s concerned for others. “All the NHS staff have been amazing, so caring, and I don’t want to complain when so many are worse off, but after my second heart attack, the surgeon said, ‘I thought this might happen,’ and I can’t help but wonder if the stent had been done earlier, maybe I could have avoided the open-heart surgery.”

“It was really hard waiting for the operation. It was cancelled twice due to compilations with other patients and it’s so worrying for all the family, a real roller coaster, waiting for surgery when so much is at stake.”

Jeff is recovering well at home, thanks to the support of the cardiac rehabilitation team at Cwm Taf Morgannwg University Health Board and hopes to return to work as soon as he can, but he wants to raise awareness of the plight of thousands of heart patients on waiting lists across Wales, who may not receive the treatment they vitally need.

“I wouldn’t want anyone to go through what I went through,” he says, “I’m getting stronger every day, and every day the pain is less, but I can’t help but I do wonder if things would have been more straightforward if I hadn’t had to wait so long for my surgery.”

Joanne Oliver, Health Systems Insight Manager for BHF Cymru said, “We are very grateful to Jeff for sharing his experiences to highlight the issues affecting patients across Wales. Sadly, we know that his experience is familiar to many families.”

“Thousands of patients have had vital treatment delayed during the pandemic. The numbers affected are hugely worrying and we know that treating these conditions quickly and appropriately can reduce recovery times, lessen the burden on an overstretched NHS, and ultimately save lives.”

“Timely diagnosis and treatment can mean less invasive procedures and shorter recovery times for patients. We know health professionals are doing their best, after facing the toughest challenges in our lifetime, but delaying routine procedures like stents, and failing to promptly diagnose and treat heart conditions adds to the burden of an already overstretched NHS, and sadly can end in tragic circumstances.”