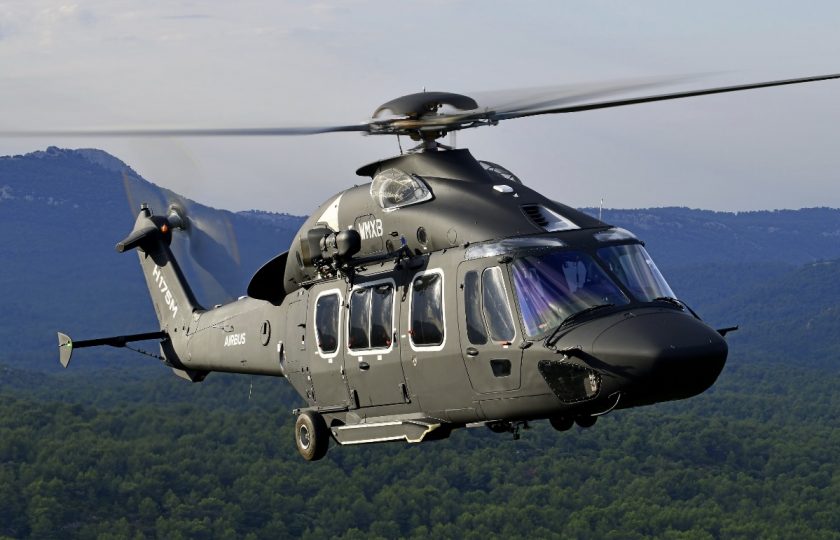 The UK Ministry of Defence (MoD) has invited bids for the New Medium Helicopter (NMH) requirement to replace its fleet of Puma HC2 and three British Army-operated types.

Airbus Helicopters is set to offer the new military variant of the H175 helicopter to the MoD.

If chosen, Airbus would use its Broughton site as the location of a final assembly line for the H175M creating hundreds of jobs, Airbus would also export this model globally from the U.K.

“If selected, the H175M, produced at Broughton by @AirbusHeli will support thousands of jobs in UK aerospace, generate meaningful helicopter exports, and revitalise the nation’s helicopter industry.”

The UK Government’s online contract notice states: “The Ministry of Defence (MoD) is considering the procurement of up to 44 New Medium Helicopters (NMH) to replace existing rotorcraft systems for Army and Strategic Commands.”

“The scope of the contract will also include the provision of training capabilities and a maintenance/spares package as well as design organisation scope.”

“The purpose of this Contract Notice is to invite potential and interested suppliers to formally express interest in participating.”

Airbus Helicopters is vying for the NMH contract with Leonardo Helicopters and their AW149 helicopter, which it intends to build in Yeovil, Sikorsky could offer the UH-60/S-70i Black Hawk.

The huge A380 wing factory at Broughton is one building on the site that could be configured relatively quickly as an assembly line for the H175M, although there are several other smaller buildings that may be better suited.

Operations at the A380 factory have been wound down since the last wings to be built were dispatched from the site in February 2020.

The West factory still houses a jig that remains on standby for any A380 wing repairs.