Air ambulance and police responding to an incident in Flint 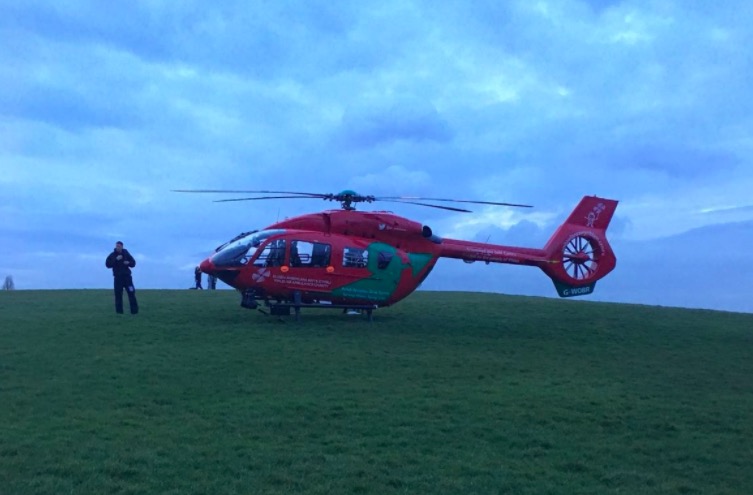 A spokesperson for the Welsh Ambulance Service said: “We sent the Wales Air Ambulance, a crew in an emergency ambulance and a paramedic in a rapid response vehicle and a young boy was airlifted to Alder Hey Hospital in Liverpool in a stable condition.” ‌﻿​﻿‌﻿‌﻿‌﻿​﻿‌﻿‌﻿‍﻿‌﻿​﻿‌﻿‌﻿‌﻿​﻿‌﻿​﻿‍﻿‌﻿​﻿‌﻿‌﻿‌﻿​﻿‌﻿​