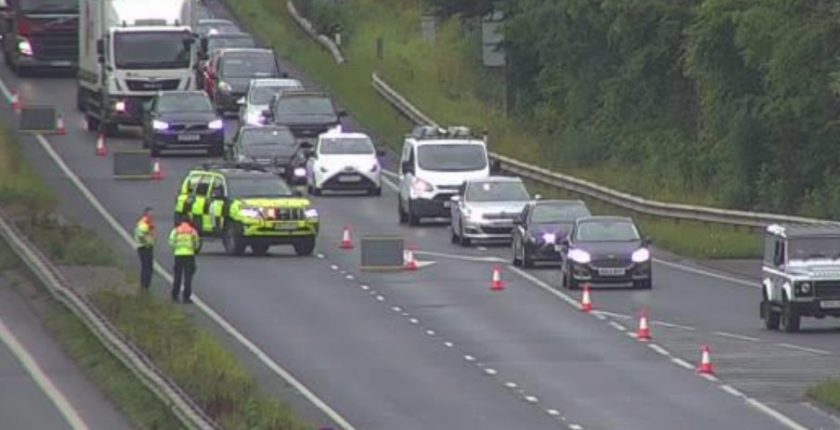 A man has been taken to hospital with what police have described as “significant injuries” following a collision involving an electric car on the A55 Flintshire earlier this morning (Tuesday, August 2).

Police received a 999 call just after 8.30am reporting that a car was on fire just off the A55 near Broughton on the westbound carriageway.

The emergency services attended and “thanks to assistance from members of the public, the driver was pulled out of the vehicle and attended to by Paramedics at the scene.” Police have said.

The man was taken to hospital in Merseyside by Ambulance with serious, “possibly life changing injuries.”

A Welsh Ambulance Service spokesperson said: “We were called shortly after 08:35 to an incident on the A55 near Junction 35A that required a multi-agency response.”

“We have deployed two rapid response vehicles, an emergency ambulance, a helimed and the Emergency Medical Retrieval and Transfer Service.”

“One patient has been transported by road to Whiston Hospital for further treatment.”

Chief Inspector Alwyn Williams of North Wales Police said: “Due to the car involved being an electric vehicle, fire crews remain at the scene.”

“Both carriageways of the A55 near Broughton remain closed at this time however traffic is being diverted.”

“We’d like to thank the motoring public for their patience and understanding.”

Anybody who may have witnessed the collision or who may have been travelling nearby and who has dash cam footage is urged to contact North Wales Police on 101 quoting incident number B114487  or click here: https://orlo.uk/EOKgu