UPDATED: 40ft whale stranded in the Dee Estuary has returned 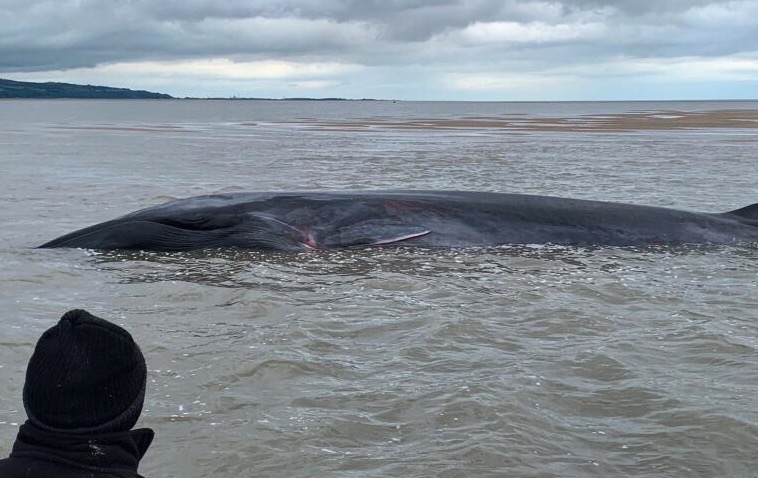 Update: Sad news, the juvenile fin whale has returned to and is stranded on a sandbank in the Dee Estuary.

Updates from Friday: British Divers Marine Life Rescue has issued an update via thier Facebook page, it states:  “The whale has now floated on the incoming tide and is beginning to swim for itself.

Our team have managed to measure it more accurately at around 13.5m long, which is very close to the size that they are weaned and independent of their mother, so there may be some hope for this animal to survive by itself if it can find its way back out of the estuary.

It is also in moderate body condition, which is helpful to its prognosis too.

Our team will continue to monitor from land and from a safe distance by boat so as not to cause any stress to the animal that might cause it to restrand.

The tide is still coming in for at least another couple of hours and this will give it more space to move around in and hopefully locate the open sea.”

Earlier Report: Volunteer Marine Mammal Medics are currently attending a small fin whale which is stranded in the Dee Estuary.

The 30ft long whale became stranded earlier this morning on the outgoing tide, the tide is now out and the whale is fully beached on the sand.

“The animal is quite small, estimated at around 30ft long, and possibly still dependent upon its mother to survive. So far there have been no reported sightings of any other animals locally, which is a real concern.

Fin whales are born at about 6m (20ft) long and can reach around 27m (70ft) at full size, making them the second largest animal in the world after the blue whale.

Due to the size and weight of the animal it is not possible to move it, and if it survives long enough will refloat by itself as the tide returns. 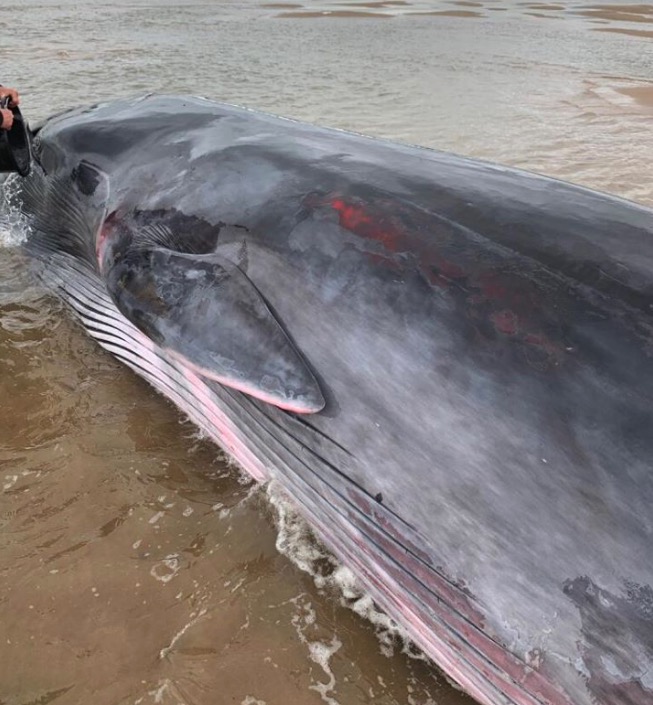 However it is very important to realise that this is not a normal habitat or general area for fin whales to be in so even if it does refloat alive then the prognosis will not be good and it may well restrand within the confines of the estuary again.

Similarly, putting the animal to sleep is virtually impossible given its size and the options currently available in the UK too.

With the aid of local boatmen, our team are currently assessing the situation and the whale. We will post a further update on this incident later.

We would kindly ask that people must continue to respect Covid-19 guidelines that are still in force including the five-mile travel limit in Wales – therefore people should not attempt to visit the area or gather in groups.”

There’s a whale stranded in the river, less than a mile away from where I live. The marine medics are on the scene. I hope they can help him. He’s only a baby. #whale #RiverDee #NorthWales #rescue #marine � pic.twitter.com/naQQYOOtNv