Stanlow – Large flames and black smoke can be seen in Deeside 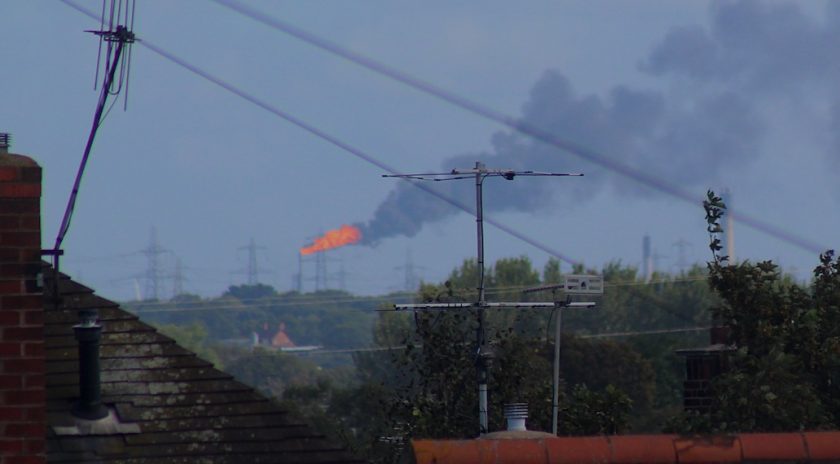 A large flame and thick black smoke can be seen coming from Stanlow Oil Refinery this morning.

The photograph above, taken from Deeside, shows large flames shooting up from the stacks at the site.

There are reports of a power cut in the area caused alarms to go off and the ‘flaring’ from the stacks.

Cheshire Fire Service has told the BBC its “routine and not an emergency.”

@Essar @stanlow @CheshireLive what is going on at Essar. Alarms sounding, no answer on telephones, flames and smoke getting worse. Is there a danger to locals, how do we know what to do? pic.twitter.com/8o7Via7xHl

BBC Radio Merseyside understands there's been a short power outage at Stanlow Oil Refinery in #EllesmerePort meaning flaring can be seen coming from the stacks. @CheshireFire has confirmed to us there is no emergency and it is routine. pic.twitter.com/LyDI9MUbyV