More than 67,000 soccer fans are expected to attend the Champions League finals between Liverpool and Tottenham Hotspur at the Metropolitano stadium in Madrid on Saturday.

Superintendent Paul White, said: “We want every fan to have a safe and enjoyable experience in Madrid and we have been working closely with the Metropolitan Police, National Police Chiefs Council, Spanish police, Liverpool Football Club and supporter groups ahead of Saturday night’s game.

A number of dedicated football officers from Merseyside Police will also be travelling to Spain to liaise with Spanish Police to help LFC supporters have a fantastic time and enjoy the game.

“The team has done the city proud and now we want to work with fans to showcase to the rest of the world the passion of fans for the game. LFC has fans all over the world who will be rooting for the team on Saturday night and we want the focus to be on the game and everyone to enjoy a good night of football.

“I know that a lot of fans will be travelling from Liverpool John Lennon Airport, particularly on Friday and Saturday morning, and I would ask that people remain sensible to ensure that everybody is able to get on their flights safely and promptly.

“Whilst we understand and appreciate why many Liverpool fans will want to travel to Madrid even without a ticket, I would continue to urge fans who don’t have tickets not to go to Madrid. There is no designated screen area in the Fan Zones in Madrid where the match is being shown.

Felipe II square (also known as Salvador Dalí square) in Madrid is the nominated Liverpool FC fanzone for fans with tickets for the game.

The nearest Metro stop for Liverpool fans is Goya Station where you can take a direct train on Line 2 (red line) to Las Rosas.

There is a short walk to the stadium from Las Rosas station.

There will be activities, food, drink and music at the Fan Zone during the day of the match and the Fan Zone will close at 6pm when supporters with tickets will be expected to make their way to the stadium and enjoy the atmosphere.

Fans are adviced to arrive early as entry will be slow due to robust security check which will be conducted at the stadium.

The outer perimeter of the stadium opens at 4pm and entry to the stadium itself well be from 6pm.

“We would encourage those going to the game to monitor official fan advice on LFC’s official site and social media feeds for information and the Foreign and Commonwealth Office is also providing advice for fans travelling to Madrid on its website https://www.gov.uk/government/news/liverpool-fc-vs-tottenham-hotspur-fc-travel-advice

The recommended route for supporters to reach the Metropolitano Stadium is by public transport such as the Madrid Metro and Liverpool fans with general tickets will access the stadium through gate 3, located at the South end of the stadium (FONDO SUR).

There will be no public parking facilities available at or near the stadium for private cars, coaches, motorbikes, mopeds, bicycles or scooters. 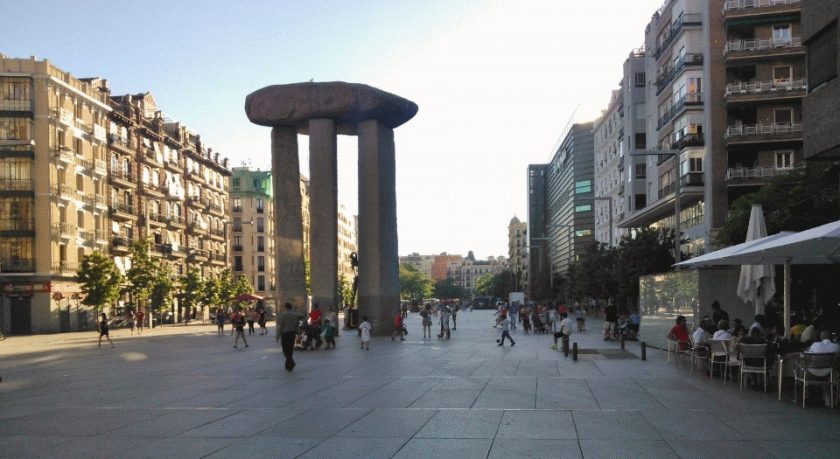 There will be no live screening of the match in the Fan Zones or Festival areas.

Police say fans should not travel with the assumption that they will be able to get a ticket on arrival.

“Ticket touting is illegal in Spain and penalties include heavy fines. There will also be two lines of checks on tickets at the stadium.

We want travelling fans to have a trip to remember and stories to tell to the kids and grandkids in the future of the 2019 Champions League Final. We would like to offer some advice to travellers to ensure your Champions League Final journey is a safe one.” Superintendent Paul White added:

Traveller Tips for fans travelling to Madrid
•As in any other city beware of pickpockets and bag snatchers at airports, railway stations, around the town centre and when using public transport such as the metro. Only carry what you need and leave spare cash and valuables in hotel safety deposits