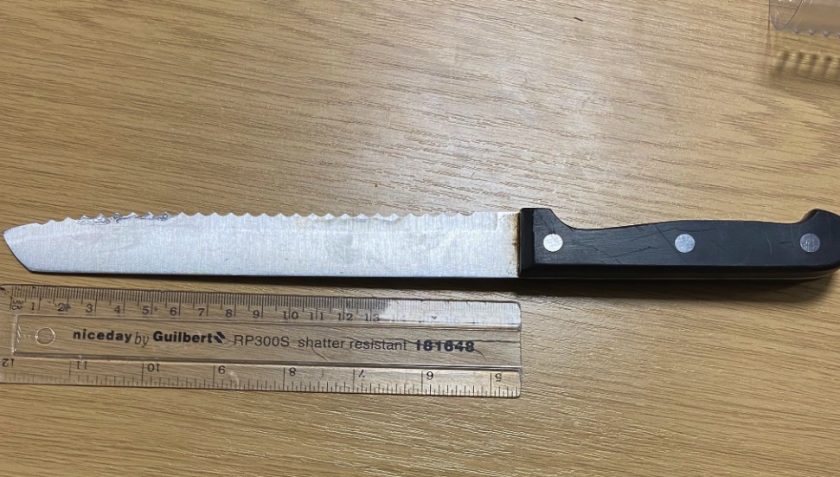 Police armed with tasers arrested a man who was carrying a 7.5 inch knife on Sunday evening in Connah’s Quay.

According to eyewitnesses the man was seen with the knife walking along Connah’s Quay High Street near to the precinct.

Commenting on the Connah’s Quay Facebook group page, one person said they were approached by the man, they ran off to a nearby shop to call 999.

Officers descended on the location and caught up with the man and detained him.

Posting an update on social media, a member of the North Wales Police Interceptor team said:

“If you find it appropriate to carry a knife in public, expect to be dealt with by our officers with Tasers.

“Thanks to concerned members of the public in Connah’s Quay we were able to detain a male on the High street and recover this knife from him… the blade being 7 and a half inches long…!!!

1 male arrested by NWP North Flintshire and is now in custody.”