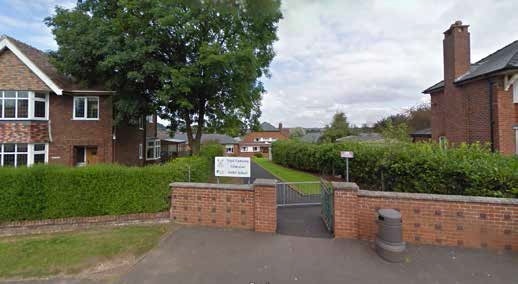 Plans have been unveiled to create a large extension to a primary school in Mold as it looks to increase the provision of Welsh medium education.

The application by Flintshire Council would result in the construction of eight new classrooms at Ysgol Glanrafon, measuring a total of 907m2.

A new 52-space car park and drop off point have also been outlined for the school on Bryn Coch Lane.

A planning statement put forward on behalf of contractors Wynne Construction states the main aim is to boost Welsh language teaching and childcare.

Architects working for the firm said: “Ysgol Glanrafon is a designated Welsh medium school, which is situated on the outskirts of the town of Mold.

“The school was originally opened in the Bethesda Chapel vestry in Mold, on January 4th 1949 with only eight pupils.

“Since that time and as school numbers have grown Ysgol Glanrafon has relocated twice, settling finally in its current location on Bryn Coch Lane.

“The school now requires further expansion in order to provide increased Welsh medium education in this area and provide childcare provision in the medium of Welsh.”

They added: “In January 2020 Flintshire council sought out a contractor-led consultant team to deliver the refurbishment and extension of Ysgol Glanrafon.

“Wynne Construction were confirmed as preferred contractor at the beginning of February with a view to commencing site mobilisation during quarter three of 2020.”

Outdoor improvements would also be delivered alongside the extension, including a new multi-sport area and a play area for early years learners.

Planners are aiming to make a decision on the proposals by mid-July, although the authority has warned timescales could be delayed due to the coronavirus pandemic as officers are required to work remotely.