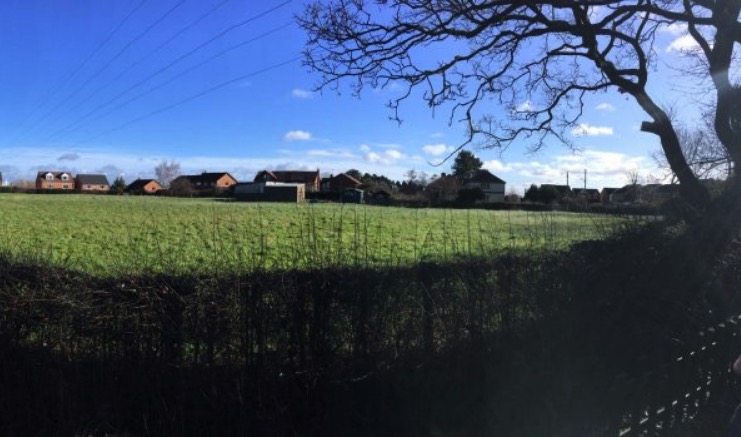 Proposals to build more than 30 new homes in Connah’s Quay have been granted permission.

It will result in the demolition an existing house and outbuildings at Broad Oak Holding off Mold Road to make way for 33 new ones.

As part of the scheme, Edwards Homes will be required to pay almost £100,000 towards Wepre County Primary School.

Members of Flintshire Council’s planning committee paid a visit to the site on Monday amid concerns from community leaders about the proposed access point.

However, they agreed with the council’s chief officer for planning that the additional traffic would not have a detrimental impact.

The recommendation to approve the scheme was supported by Cllr Chris Bithell (Lab), although raised issues with the planned use of a management company to maintain open spaces.

Speaking at County Hall in Mold this afternoon, he said: “The site is an allocated site within the Unitary Development Plan, so therefore it is acceptable in principle.

“The issues that have been raised have been perfectly and adequately dealt with in the report.

“There will be provision there for affordable homes and that’s a particular requirement of our planning policy.

“I would just like to raise the issue of the future management of public open space.

“I had a meeting quite recently with the chief officer and a member of the public who had purchased a property, not in Connah’s Quay but in another part of the county.

“They were very concerned about the service charge they now have to pay.

“I think it’s important we say to members of the public to be aware.”

In their response, planning officers said it was up to developers how the area was maintained.

They added that buyers should be informed of any extra fees by their solicitors before they enter an agreement.

In a report, chief planning officer Andrew Farrow said a new access road would be built as part of the scheme.

He said: “The proposed development would involve the erection of 33 dwellings, which includes a three bedroom bungalow in replacement of the existing farmhouse on the site.

“The proposed development includes the construction of a new access road off Mold Road and the provision of landscaped areas, comprising an area of public open space in the north western corner of the site, together with a further area providing informal open space located to the south of the site, fronting Mold Road.

“It is not considered that the proposed development will generate traffic levels that would be detrimental to the local road network or harm the free and safe flow of traffic.

“A payment of £98,056 is required for Wepre CP School which has been identified as having the greatest need for additional capacity due to the impact of the proposed development.”

The proposals were backed by the majority of councillors with only one abstention.