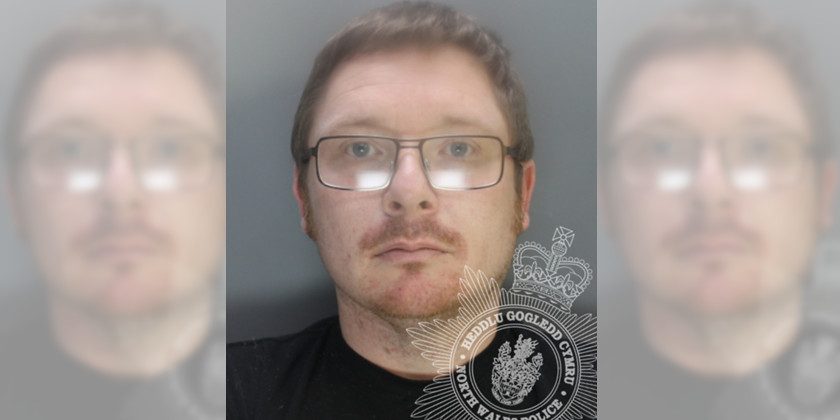 A North Wales paedophile who was described as being one of Europe’s “most wanted” has been sentenced to 23 years in prison today.

Hayes a former Bangor City press officer who had previously lived in Buckley was arrested last July by Spanish police in the City of Granada where he had been teaching English privately under an assumed name.

Congratulations to @guardiacivil for capturing one of Europe’s #mostwanted fugitives. ¡Buen trabajo! Have a look at the video of the arrest: pic.twitter.com/cx2fhwuRd1

Hayes has been jailed today for 23 years at Mold Crown Court, he was found guilty on February 19 of 12 charges including child rape, sexual assault against children and inciting them to engage in sexual acts.

Detective Sergeant Katie Ellis of the Protecting Vulnerable Persons Unit said: “Hayes committed abhorrent abuse against these children whilst in a position of trust and took away their childhoods.”

“He then mistakenly believed he could evade justice by fleeing to Spain; however North Wales Police in collaboration with the National Crime Agency, Crimestoppers and the Crown Prosecution Service, actively pursued him ensuring that he faced trial.”

DS Ellis added:  “I would like to commend the children in this case who showed great courage in speaking out against Hayes, they displayed significant strength of character throughout the police investigation along with their family.

The significant sentence reflects the gravity of the offences committed and should serve as a warning that serious offences will result in lengthy prison sentences.

“It is important to reassure victims that North Wales Police will provide the support throughout every stage of the investigation and through any subsequent court proceedings. North Wales Police take matters of this nature very seriously and so it is reassuring to see this reflected in the sentence passed out.”

Iwan Jenkins of the CPS said: “Hayes forced himself upon two children, repeatedly abusing them for his own pleasure.”

“The CPS presented a strong case to the jury resulting in these convictions, which is a testament to the courage the children have shown.

“Whilst the convictions cannot change what happened we hope they will help the children in moving on with their lives.”