No timetable for North Wales health board to leave special measures

In reaction to this extended time of special measures, Welsh Conservatives held a debate in the Welsh Parliament on Wednesday.

She called on the Welsh Government to recognise the vast improvements still needed at Betsi Cadwaladr, and to act quickly to bring the health board back into proper working order.

“This is what the Conservatives would do: we would draught in help from experienced managers working in the NHS throughout the UK….

We would implement robust and independent consultation events to engage and empower staff, to help them identify areas of concern free from external pressures.

We would underpin the areas that have shown such devastating failures of performance and provide them with management support and funding to improve.” Said Angela Burns AM

The Shadow Health Minister wasn’t the only AM to point out that the health board is named after Betsi Cadwaladr (“the Welsh Florence Nightingale”) and her legacy was being tarnished by association – Darren Millar AM (Con, Clwyd West) even suggested changing the board’s name.

Mark Isherwood AM (Con, North Wales) ran through a number of reports and concerns relating to the board, including the recent Public Accounts Committee report which said Welsh Government intervention has made little impact. He called on the Health Minister to accept responsibility for failing to deliver improvements and resign.

Janet Finch-Saunders AM (Con, Aberconwy) said the board’s finances were “spiralling out of control”, while Caroline Jones AM (BXP, South Wales West) called for an end to political appointments to health boards and a stronger inspection regime.

Reorganisation should be on the table

Jack Sargeant AM (Lab, Alyn & Deeside) painted a more balanced picture; some constituents praise the level and quality of care their receive, while others have clearly been let down.

He didn’t think reorganising the health board should be completely off the table, but any changes had to have a clinical justification.

“This new normal, of course, represents an ongoing financial crisis, it represents recruitment problems, failures in long term planning, particularly in terms of the workforce, GP services collapsing, an over-reliance on locums and agency staff, and a failure to deal with complaints in a timely or appropriate manner.”

Helen Mary Jones AM (Plaid, Mid & West Wales) repeated a call for performance standards for NHS managers to be introduced so they can be struck off in the same way as medical and nursing staff.

Reflecting on progress to date

The Health Minister, Vaughan Gething (Lab, Cardiff S. & Penarth) said the anniversary was an opportunity to “reflect on reality and the pace of progress to date”.

Two areas of concern in 2015 – maternity services and GP out-of-hours services – have now come out of special measures.

He also refused to set a timetable for the board to come out of special measures.

“I noted that any decisions on changing the escalation status of Betsi Cadwaladr will be taken after receiving advice from the Wales Audit Office, Healthcare Inspectorate Wales and the NHS Wales chief executive.

That is as standard under the intervention arrangements that we do have in place, so I won’t set….an artificial timetable for the health board to move out of special measures.”

Replying to Jack Sargeant, he didn’t see any objective reason for the board to be reorganised; the last thing the board needs is upheaval. 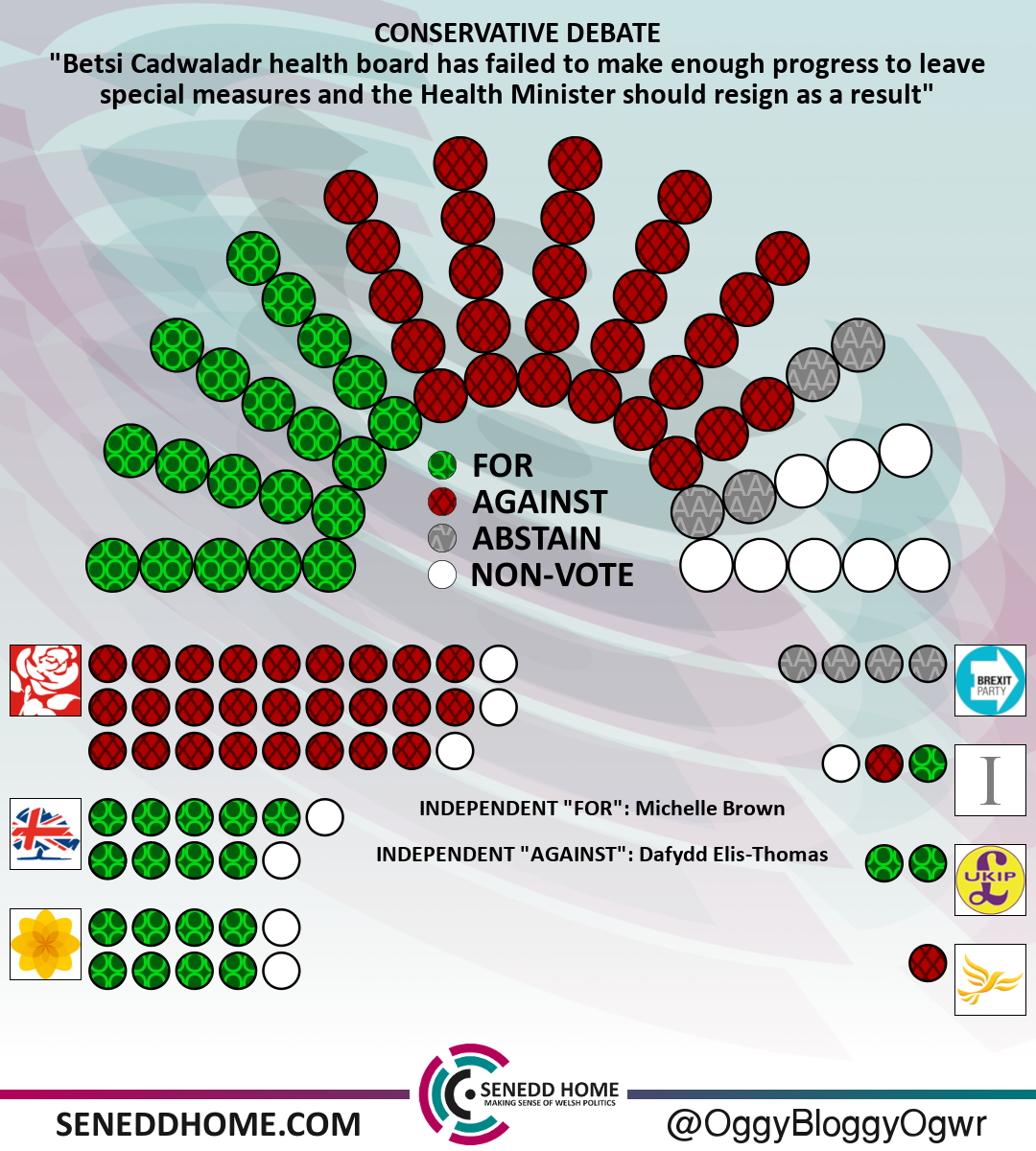 An amended motion noting the anniversary, removing any reference to resignation, but also noting progress made and stating that any decision on special measures will be taken based on expert advice was passed by 32 votes to 20.