More details given in the Senedd on metro projects in Deeside, north east Wales and Cardiff 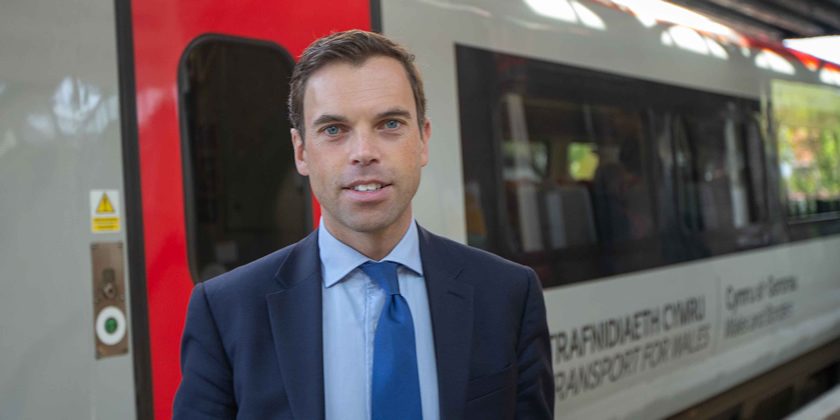 – The next phase of the South Wales Metro project has started, focusing on electrification, new trains and improved service frequency.

The proposals include an integrated bus service – including a long-distance, possibly segregated, bus rapid transit route between Deeside and Rhyl – a new station at Deeside Industrial Park and “co-locating activities” in and around Wrexham General station.

– Transport for Wales is working on measures in Swansea Bay, with the Minister suggesting passenger services will be introduced on the Swansea District Line. Again, this will include an integrated bus service.

Mr Skates said: “Plans by the UK Government to increase spending on infrastructure in this Parliament are very welcome, and Wales’s share of this will amount to some £3.7 billion.

With this funding, and a fair share of the HS2 spend over the next 10 years, we will deliver our plans to transform urban and inter-city connectivity in Wales.”

Shadow Economy Minister, Russell George AM (Con, Montgomery), was keen to know what progress has been made, stating that the north Wales metro was announced three years ago, so would there be a proper timetable for these projects.

While Plaid Cymru agreed with the Minister that there was clearly an issue with historic underfunding by the UK Government, Helen Mary Jones AM (Plaid, Mid & West Wales) and the Minister got into a bit of an argument over High Speed 2 and who was first to stake Wales’ claim for a fair proportion of funding relating to it.

David Rowlands AM (BXP, South Wales East) hoped there was a consultation on business needs, particularly the requirement for speedy transport under a “just in time” supply system. Meanwhile, Jack Sargeant AM (Lab, Alyn & Deeside) welcomed the proposals in Flintshire, he hoped that more rural towns and villages away from the Borderlands Line wouldn’t be left out.

Mark Isherwood AM (Con, North Wales) thought there could be better linking in with decarbonisation policies as only two double chargers are being provided at the Deeside park and ride.

In response to a question from Mick Antoniw AM (Lab, Pontypridd) on the UK Government’s “reverse Beeching fund”, the Minister was keen to point out that the £500million earmarked for that (in England) wouldn’t go any way to delivering much.

Keep up to date with what is going on in the Senedd via SeneddHome.com