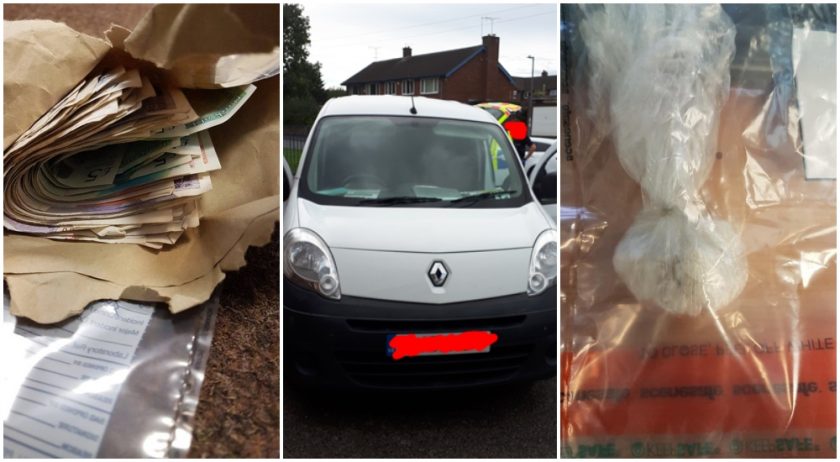 Police say they have recovered a quantity of controlled drugs and cash after a “very observant member of public” witnessed a suspicious incident and contacted them.

“After a phone call from a very observant member of public witnessing a suspicious incident, two males were stopped by officers on Park Avenue, Mold in a white van.

After a search of the person’s and the vehicle, a quantity of cash and suspected Controlled drugs were found.

Both males were arrested, interviewed and are now released under investigation pending the forensic results on all items seized.”

Officers made the arrest as part of Operation Ghostly, a local operation to tackle organised criminal gangs from outside the area who are bringing drugs into Flintshire

County Lines is the name given to the method adopted by organised criminal gangs whereby drug dealers from larger urban area extend their activities to rural areas by sending low level dealers to deal drugs on their behalf.

Police are asking members of public who witnesses anything in Mold or anywhere in Flintshire “no matter how trivial” to call the on 101 or call CrimestoppersUK anonymously on 0800555111.