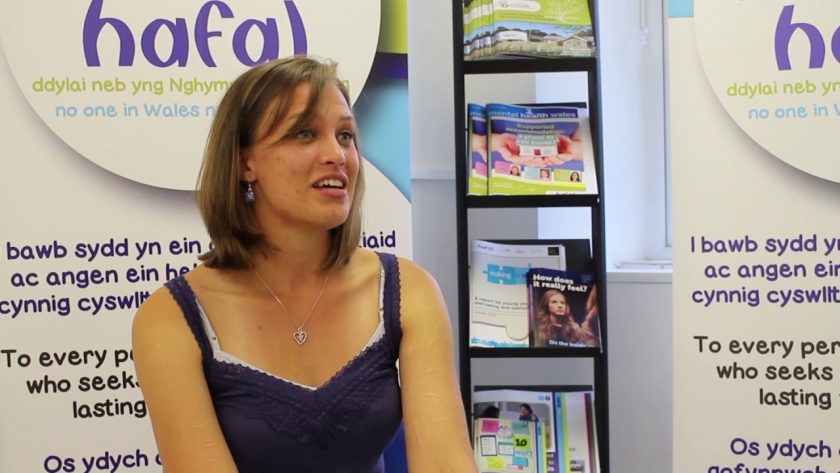 A mental health charity says it is “appalled” after discovering almost 1,700 patients were wrongly discharged due to the coronavirus pandemic.

Betsi Cadwaladr University Health Board apologised after it revealed a significant number of people in North Wales were released from local mental health services.

While the organisation’s chief executive originally quoted a lower figure of between 200 and 300 patients being impacted, more than 1,000 more also received a letter asking them to wait until after lockdown restrictions are lifted to be re-referred.

Mair Elliott, chair of Hafal, said individuals with mental health conditions had been “deserted” and put at risk as a result of the move.

She has now asked Health Minister Vaughan Gething to explain how the situation was allowed to happen at a health board which has been in Welsh Government special measures since 2015.

It has been under strict monitoring since a damning report was published into failings on the Tawel Fan mental health ward at Ysbyty Glan Clwyd.

She said: “We are appalled but sadly not surprised to find that huge numbers of vulnerable mental health patients have been discharged by Betsi Cadwaladr local health board in what they state is an ‘error’.

“The board should of course have had a coherent plan to deliver a slimmed-down but sufficient mental health service which would keep patients safe but instead they have deserted their vulnerable patients and put them at risk.

“We are also gravely concerned that the number announced by the health board appears to be only a fraction of those who were affected by this approach.

“We warned at the beginning of April that there was insufficient national guidance on how a safe level of mental health service would be maintained across Wales, and we have not seen credible information from local health boards about what minimum service remained available to patients and how they can access it.”

Betsi Cadwaladr admitted the decision was taken due to a misinterpretation of Welsh Government guidance.

It clarified that the discharge of services applied only to primary care mental health patients, for example, those who receive GP referrals for services such as counselling, and not inpatients.

It said it would be contacting all those affected in the coming days to be reinstated.

Ms Elliott said she first wrote to the Health Minister at the start of April to warn that support for patients was being severely reduced, but only received “vague assurances” that health boards would deal with the matter.

She said: “A question that must be answered by the minister is who has misled him? In his two responses to my letters he repeatedly confirmed that he had been assured that such matters were in hand and that we could be reassured that services were in place.

“Who gave these assurances to Mr Gething, and why were they not followed up and fact checked?

“In the case of Betsi Cadwaladr, given that the Board is still in special measures, why weren’t their actions monitored or scrutinised?

“We fear that because of the lack of national leadership and guidance patients may well have been let down in other parts of Wales as well.”

A Welsh Government spokesman described mental health services as being “essential” during the COVID-19 crisis.

They said that while the way they are delivered may have changed due to restrictions, the expectation was for health boards to maintain services.

They added: “We are aware of correspondence discharging patients from local primary mental health services in North Wales during the pandemic.

“Although they were provided details for contacting crisis services, this is not in line with our guidance.

“The health board has assured us that all patients affected will be contacted by their local service.”