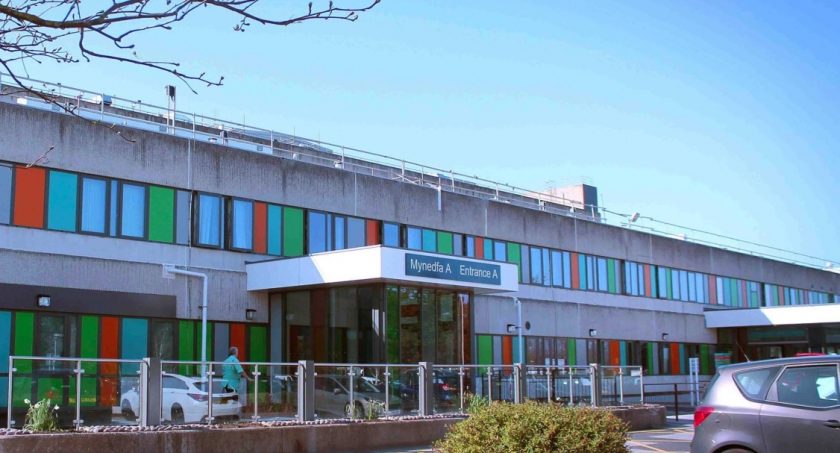 North Wales health board has issued a statement today, Friday February 21 – following the latest food hygiene inspection at Glan Clwyd Hospital in Bodelwyddan which has resulted in a one-star food rating.

Food Safety Officers carried out an unannounced inspection which resulted the second-lowest possible rating, it now means “major improvement is necessary” at the hospital.

The food rating system gives a rating from Five, hygiene standards are very good to Zero, urgent improvement is required.

The hospital had a previous scored a four, but there have been issues in the past, in 2015 food hygiene inspectors found nearly two dozen points that need addressing in the kitchens and canteen.

According to Betsi Cadwaladr University Health Board, inspectors found a number of fridges at ward level were not being managed correctly which included compliance issues in holding temperatures contrary Food Safety Act.

A ward kitchen is a small area, which typically has a kettle, toaster and fridge, where patient food “may be” prepared and stored.

Gill Harris, Executive Director of Nursing and Midwifery said processes have been “strengthened” on the back of the latest inspection and no incidents of food or drink related illnesses have been recorded.

The Betsi Cadwaladr statement says: “Following a recent unannounced inspection by Denbighshire Council’s Food Safety Officers, it was found that a number of fridges located at ward level at Ysbyty Glan Clwyd were not being managed in compliance with the Food Safety Act.

This has affected the overall Food Hygiene Rating for the hospital, which has been reassessed as one when previously the score was four.

This score in no way reflects the food or hygiene standards of the catering department or food services at Glan Clwyd Hospital.”

Gill Harris, said: “This inspection has highlighted an issue with the management of a small number of fridges on our wards which are used to store leftover food and drinks for patients.

In response, we have already conducted an audit of fridges of this type across the Health Board and have strengthened our processes for checking fridge temperatures.

I can reassure staff, patients, and the public that there have been no recorded incidents of food or drink related illnesses at Glan Clwyd Hospital and that the in-house catering staff continue to deliver high quality catering services from new, modern kitchens.

“We ask that patients and visitors help us to maintain good food safety by: