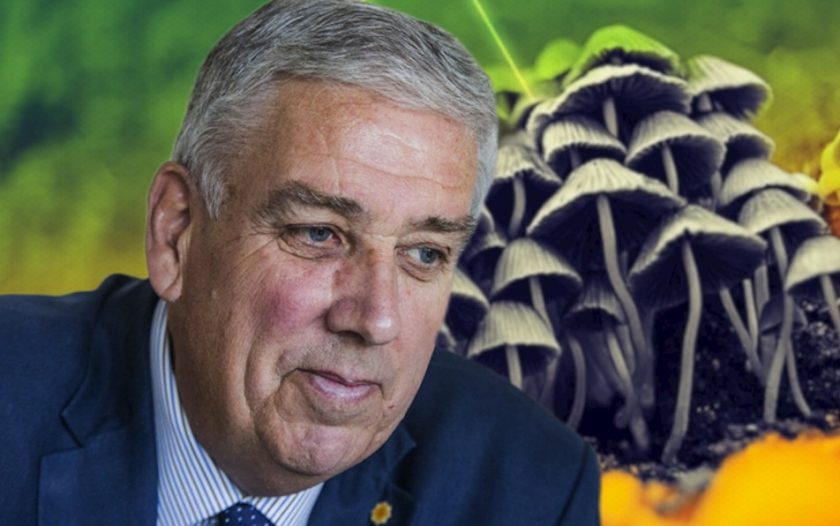 The compound found in magic mushrooms could save lives by being used as a revolutionary new treatment for people suffering from PTSD and depression, according to a police boss.

North Wales Police and Crime Commissioner Arfon Jones has written to all the region’s MPs asking them to support a call to reclassify psilocybin as a drug so that more research can be carried out.

It is currently categorised as a Class A compound which naturally occurs in more than 100 species of mushroom.

Mr Jones, a long-time campaigner for drug legislation reform, believes it should be reclassified under the list of less harmful drugs.

This would enable companies to stage large-scale clinical trials to develop an effective and safe treatment.

The group have released a new paper, written by leading researchers from King’s College London and the University of Manchester, which argues that the rescheduling of psilocybin could avert a looming mental health crisis.

Although it is mainly used as a recreational drug, Mr Jones says there is a growing body of evidence that psilocybin works well as medication for treatment-resistant depression which affects an estimated 1.2 million adults in the UK and is a leading cause of suicide.

According to the Commissioner, it could improve the lives of people suffering mental illness and save the NHS billions of pounds.

There was an urgent need to act quickly because the isolation caused by the coronavirus lockdown had had a devastating impact on people’s mental health.

Mr Jones said: “The fact that psilocybin is classified as a Class A drug means there has been a research blackout for nearly 50 years into the beneficial effect it can have in improving the lives of people suffering from PTSD and depression.

“It’s a psychoactive compound which induces temporary changes in mood through the activation of serotonin receptors in the brain.

“This new research from scientists clearly shows psilocybin has been wrongly classified as being harmful when it is in fact a potentially revolutionary medicine.

“The pandemic has resulted in many people in North Wales suffering from social isolation, stressful working conditions and a lack of family contact, allied to concerns about the impact of the economic crisis on their lives.

“It is vital to reschedule Psilocybin from Schedule 1 to 2 so that it can be easier and less expensive to research its impact on various mental illnesses including PTSD and depression.”

It was a sentiment echoed by Dr James Rucker, an expert in mood disorders and psychopharmacology at King’s College London.

He said: “Major depression is common and deadly. It is associated with nearly half of all suicides in the UK and is a leading cause of disability and socioeconomic burden worldwide.

“About a third of people suffering with major depression don’t get better with standard drug and psychological treatments.

“Good quality, small scale clinical trials have indicated that psilocybin therapy is an

effective new treatment for those people.

“We now need to perform large scale trials to confirm this. However, psilocybin is designated a ‘Schedule 1’ drug by the UK Government. This makes large scale clinical trials very difficult and very expensive to conduct.

“Schedule 1 designation is unnecessary because psilocybin is not dangerous and not addictive when compared to other drugs.

“Therefore, we are asking the UK Government to review the Schedule of psilocybin, so that we can work more efficiently to bring a potential new treatment to patients who are suffering, and dying, every day with major depression.”