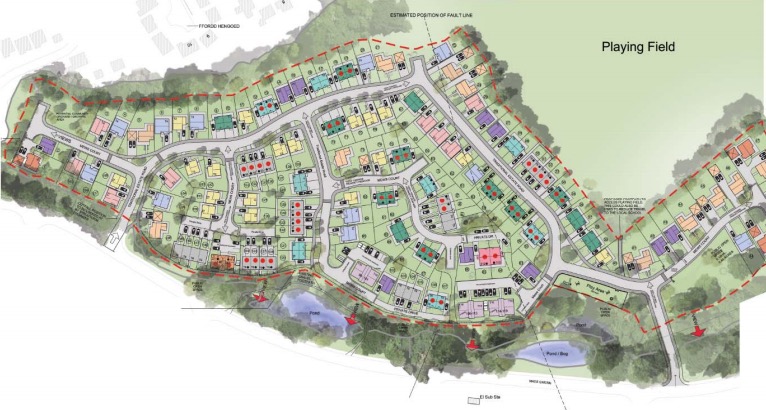 A large housing development has moved a step closer after a legal agreement has been reached.

Now the major scheme has moved further forward after the authority agreed legal terms with developers Wates Residential, who will build the houses, including 48 affordable properties.

Councillors previously heard that the nearest primary school to the development, Ysgol Bryn Coch, had “insufficient capacity” to meet the number of new pupils.

As a result, a condition was included stating that construction could not begin until a plan to address the infrastructure issue was agreed.

In a report, Andrew Farrow, the council’s chief officer for planning and environment, said: “Consultation has highlighted a lack of capacity within the existing educational infrastructure to accommodate the pupils arising from the proposed development.

“Accordingly, upon the application of the guidance, a sum of £453,5409 would normally be sought for educational purposes as a consequence of this development.

“The fact that the site is owned by the council prevents the council from utilising the mechanism of a Section 106 agreement to address this issue, as the council cannot enter into an agreement with itself.

“However, the proposals will still be required to address the council’s policy and guidance requirements in relation to the need for the scheme to provide for contributions towards educational infrastructure where the proposals give rise to a potential impact.”

The application was the subject of consultation on two occasions and 36 letters of objection were received from residents with concerns raised over visual impact, traffic and noise.

Other planning conditions attached to its approval included the retention of affordable housing, traffic and transport plans being submitted and proposals being put forward to tackle surface water.