Update: Police have said “Following a short pursuit of a suspected stolen vehicle in the Welsh Road area of Garden City late this morning three people have been arrested and taken into custody in Llay.”

Earlier report: A large police presence has been seen in Garden City this afternoon.

Several police vehicles, including an unmarked car stopped traffic near the Spar shop just before 12pm.

A police spokesman has said, officers were pursuing a of a car which was “believed to have been stolen.”

Images sent to Deeside.com, show a polcie officer searching a man by side of the road.

The Hawarden based police helicopter was also over the area for around 10 minutes.

Nick got in touch to say, ‘Police chase ends in Garden City as a Renault Clio is stopped on Welsh Road Garden City after apparently hitting cars trying to escape the police.’ 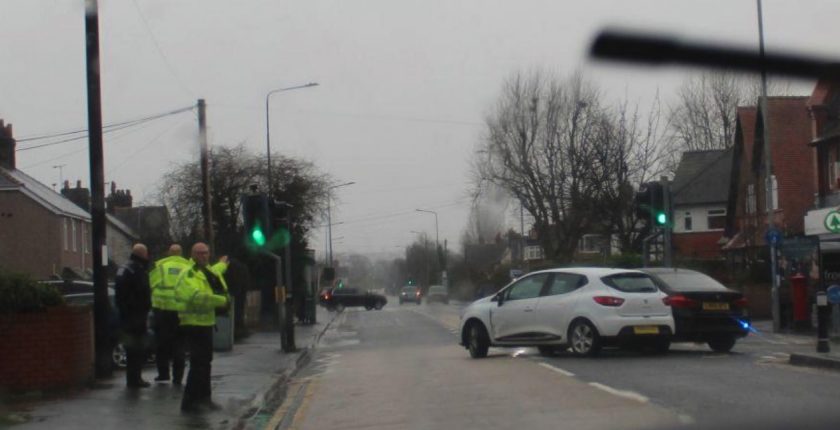