Delays on M56 heading away from Deeside following a collision 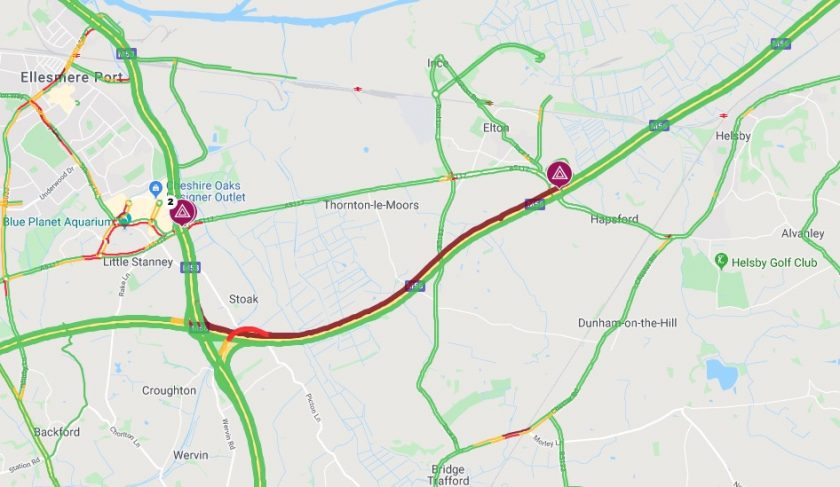 Update 3.30pm: All lanes back open but lond delays remain.

There’s around six miles of queuing traffic with delays quoted at over 40 minutes. 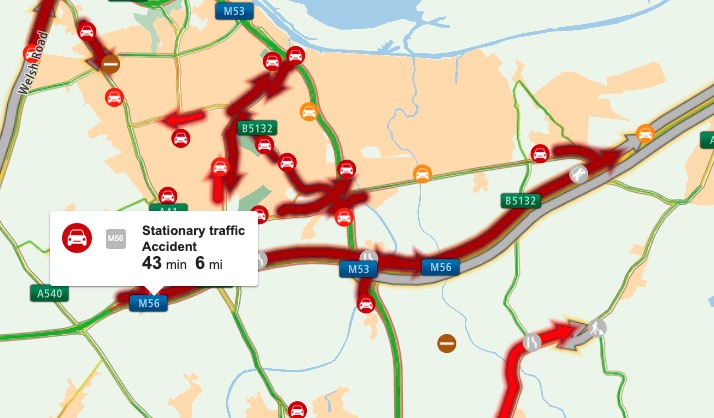 Previous report: Delays are forming on the M56 heading away from Deeside following a collision.

According to traffic reports two lanes are blocked eastbound at junction 14.

Police dealing with an incident on M56 east bound at junction 14, traffic held at scene.

‘Queueing traffic due to accident, now on the shoulder on M56 Eastbound from J15 M53 J11 to J14 A5117 (Chester Services / Helsby). All traffic was held just after 14:40 and released again. The previous accident caused lanes two and three (of three) to be closed. All lanes have been re-opened.’