Jack and the Beanstalk given rock ‘n’ roll pantomime twist at Theatr Clwyd! 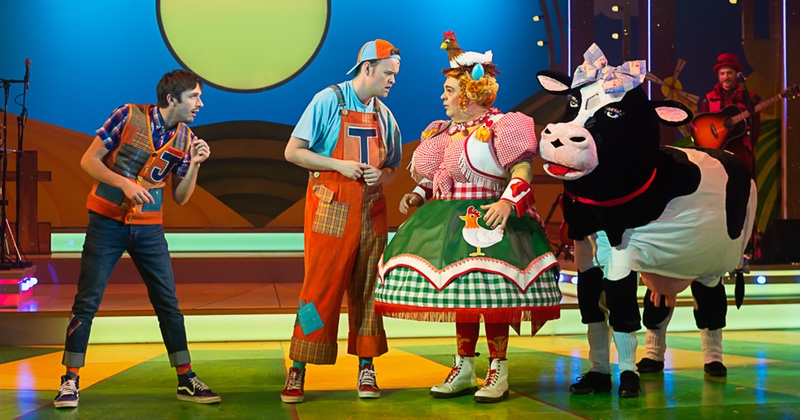 A classic pantomime has been given a rock ‘n’ roll twist for audiences this Christmas.

Join Jack as he embarks on his ‘moo-sical ‘journey up the beanstalk in a giant, magical adventure for all the family at Theatr Clwyd this winter.

Audiences can expect to singalong to a giant of hit-parade of tunes including songs by Aretha Franklin, Ed Sheeran, Ray Charles, Queen, Madonna and many more in this rock ‘n’ roll twist on a pantomime favourite.

Jack and the Beanstalk the Rock ‘n’ Roll Panto will be onstage at Theatr Clwyd until Sat 18th January.