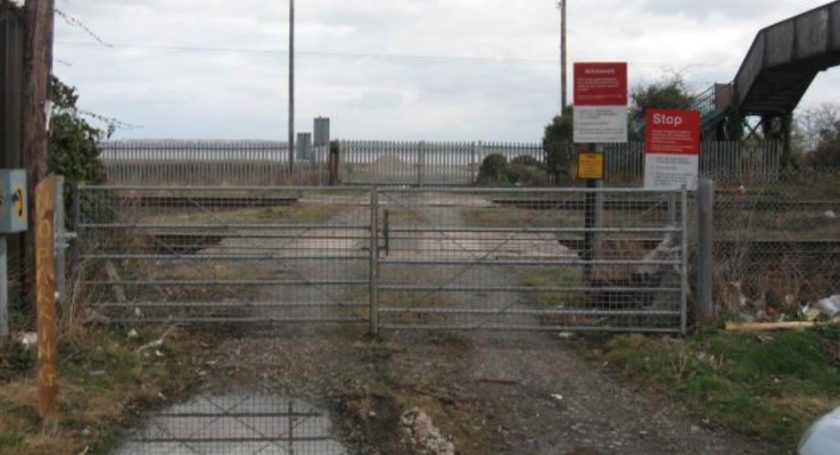 An investigation into a near miss between a lorry and Holyhead bound train on a Bagillt level crossing has been launched by the Rail Accident Investigation Branch.

The incident happened just before 12pm on Friday 17 August, a passenger train passed over a user worked level crossing, near Bagillt, shortly after a user with a heavy good vehicle had completed using the crossing.

The train, the 09:53 Manchester Piccadilly to Holyhead service, was travelling at around 75 mph.

The private level crossing which is kept locked, gives access to industrial premises, is only used by vehicles which are too tall to pass under a nearby bridge.

The crossing is fitted with telephones for users to contact the signaller and request permission to cross.

The user requested permission to cross the railway with a ‘wagon’, and the signaller, based at the Wales Railway Operations Centre in Cardiff, granted it.

There had been similar previous occurrences at this crossing, on 31 October 2017 and 10 December 2014.

At those times the level crossing was supervised by signallers based locally at Holywell Junction signal box.

The Rail Accident Investigation Branch will determine the sequence of events including:

“Our investigation is independent of any investigation by the railway industry or by the industry’s regulator, the Office of Rail and Road.

We will publish our findings, including any recommendations to improve safety, at the conclusion of our investigation.” A spokesperson for the Rail Accident Investigation Branch said.