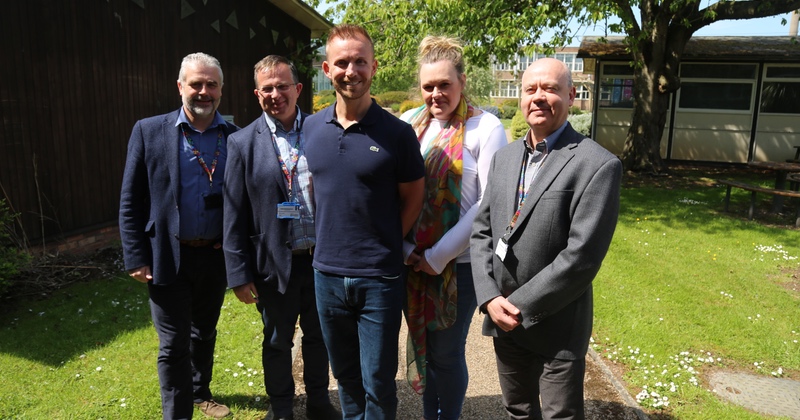 Aspiring police officers have gained a valuable insight into investigating a traumatic and potentially tragic incident.

Wrexham Glyndŵr University students put their skills to the test during a recent assessment for their BA (Hons) Professional Policing degree where they were tasked with interviewing the parents of a missing person.

During the assessment at the Research and Crime Scene Area, students had to interview the parents – PCSOs John Davies and Erin Shawcross – to find out the information they would need to conduct a missing person enquiry.

Towards the end of the assessment, they would receive the news that an unidentified body matching the person’s description had been found – and had to decide whether or not to tell the parents before explaining their decision.

Lecturer Andrew Crawford said that the assessment at the Plas Coch Campus looks at decision-making and communications skills while dealing with an incident which has become a “big draw on police resources”.

He said: “It’s about making sure they’re asking relevant questions, getting specific information for the investigation to be done and so that they can prioritise whether this is a high-risk missing person or whether it’s a relatively low-risk person.”

Mr Crawford, a former police officer with more than 30 years of experience, said that student feedback on the role plays was “overwhelmingly positive”.

Fellow lecturer Andy Jones – also a former North Wales Police officer with more than 30 years on the force – said: “With policing role plays, people are historically quite scared of doing them, however helps to cement the lessons that they’ve learned in the lectures.

“Where they dealing with a mum and dad who’ve reported a traumatic incident, they’re having to learn to communicate and deal with information professionally and make decisions in a real life environment, and this is as close to reality as we can actually get.”

The team will hold an Open Day at 12.30pm on Saturday 8th June featuring a lecture on how the law surrounding Stop and Search has changed since the murder of Stephen Lawrence in 1993 and the main reasons for the knife crime epidemic in the UK.