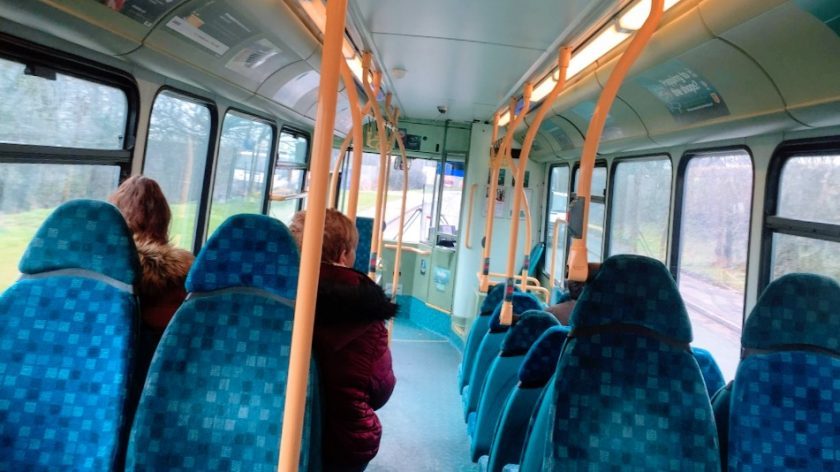 Flintshire Council looks set to lead on an emergency scheme to protect bus services following a large drop in passenger numbers due to Covid-19.

The Welsh Government (WG) has stepped in to provide £45m worth of financial assistance to bus companies during the pandemic to cover the loss of income.

Support has also been provided by local authorities, with extra costs incurred by operators because of social distancing and cleaning requirements.

Due to the large amount of money invested into bus services, ministers want to see the public sector given a greater influence over areas such as route coverage, ticketing and links into rail services.

Transport for Wales could also take on a greater role in managing buses to add to their responsibilities for rail services.

Senior councillors in Flintshire are now being asked to agree to the council becoming the lead authority for North Wales under the the Bus Emergency Scheme 2 (BES2), which aims to keep operators afloat in the long term.

In a report, Steve Jones, chief officer for streetscene and transportation, said: “The problems facing operators were recognised at an early stage of the pandemic.

“Looking ahead, to secure their services for the future, local authorities agreed to continue making payments for contracted services even though many services were initially suspended.

“Alongside this, WG stepped in to help operators deal with reduced income on commercially operated routes and the additional costs being incurred.”

He added: “WG, working with Transport for Wales, are now proposing to enter into a longer-term BES2 agreement with operators and local authorities to protect services.

“It will operate for an initial maximum term of up to two years from the date BES 1.5 commenced i.e. up until July 31, 2022, unless market conditions recover sufficiently for an operator to no longer require BES support for any of its services whether they be contracted or commercial.”

The scheme will continue to address the loss of revenue and the additional costs associated with responding to the pandemic.

Government funding be provided alongside council backing through a number of grant schemes to make up the shortfall.

Companies will be required to sign up to an agreement with the regional lead authority before the government can make payments to them.

Cabinet members in Flintshire will be asked to approve the council becoming the lead authority for North Wales when they meet on Tuesday, January 19.