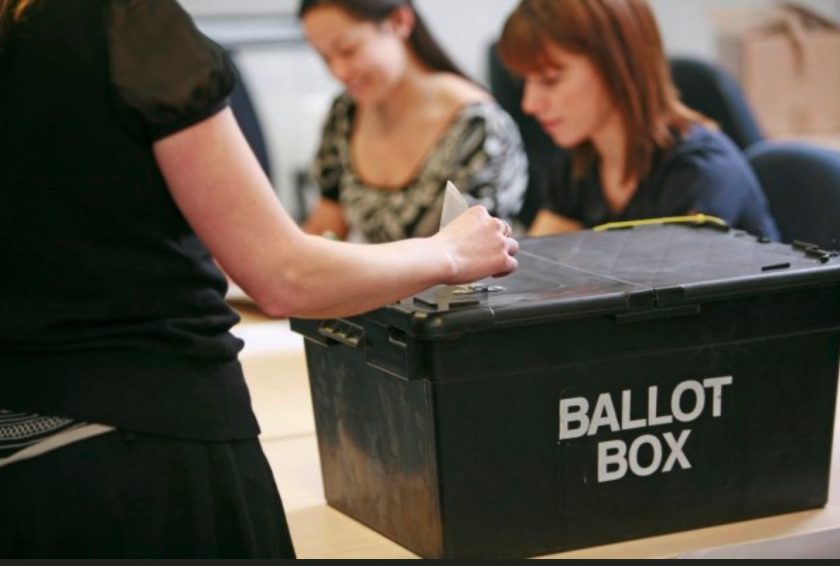 Polls closed across Flintshire at 10pm on Thursday for the European Parliament elections, an election we weren’t supposed to be taking part in.

The UK was due to leave the EU on March 29 but the deadlock in the UK parliament over the withdrawal agreement has meant the country has had to go the polls.

Unlike council and general elections, voters were not voting for a single candidate rather a party and their candidates off a ‘region’ list.

In Wales voters had the chance to elect four MEPs (Members of the European Parliament).

The MEP’s will get voted in via proportional representation, in an order as listed by their party, so those at the top of the party list are more likely to be elected.

The last EU Elections back in 2014 saw a turnout in Flintshire of just 31 per cent, overall turnout in Wales was 32 per cent.

Hundreds of EU citizens living in the UK reported being unable to vote on Thursday.

Reece Inkling said he witnessed “first hand a continental European – resident of UK for 27 years – denied their vote at our local Deeside polling station.
They had submitted all the forms but a single letter next to their name meant No Vote.

Not the only ones we are hearing.”

“We understand the frustration of some citizens of other EU Member States, resident in the UK, who have been finding they are unable to vote today when they wish to do so.

All eligible EU citizens have the right to vote in the EU elections in their home Member State.

If an EU citizen instead chooses to vote in the EU election in the UK, there is a process for them to complete to essentially transfer their right to vote, from their home Member State to the UK.

This is a requirement of EU law, which specifies that this has to be done “sufficiently in advance of polling day”.

The very short notice from the government of the UK’s participation in these elections impacted on the time available for awareness of this process amongst citizens, and for citizens to complete the process.”

Polls are closed what happens now?

Voting takes place across the European member states between 23–26 May.

The election results can’t be announced until all of the EU nations have voted.

In Flintshire ballot boxes from the county’s 96 polling stations are taken to Coleg Cambrai’s sports hall in Connah’s Quay where they will be stored safely.

On Friday morning the votes will be verified and the turn out figure will be declared.

73 UK MEPs will be elected although it is uncertain how long they will remain, the UK is due to leave the EU on October 31.

The UK government handling of Brexit has seen support collapse for the Conservative party, with the newly formed Brexit party expected to be the major beneficiary.

The Labour party vote is expected to be diluted by a number of anti-Brexit parties including Plaid Cymru, Liberal Democrats, Scottish nationalists, the Greens and newly-launched Change UK party.

According to Chatham House, “current poll predictions would see the nationalist insurgents, including the Brexit party in the UK, winning around one-third of the 751 seats in the parliament. The biggest contingents will come from France and Italy.”