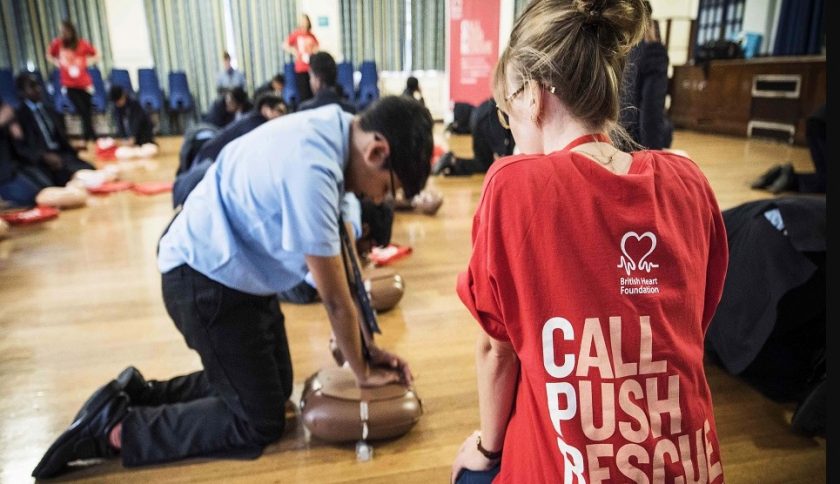 A campaign by the MP for Delyn to make the teaching of lifesaving cardiopulmonary resuscitation (CPR) skills compulsory in all Welsh secondary schools has been backed by the prime minister.

The Delyn MP has worked with family and friends of Janene Maguire, who passed away in February 2000 following a cardiac arrest.

Together they launched a national campaign calling for the teaching of CPR and other lifesaving skills in all Welsh secondary schools – just as it is in England and Scotland.

Now that the Prime Minister has stated the urgency of this being adopted in Wales, it is hoped that the Welsh Government will make the teaching of CPR compulsory in all Welsh secondary schools “so that in the future this knowledge can be used to save lives.” The MP said.

Mr Roberts added: “I am pleased that the Prime Minister supports the vital lifesaving skill of CPR being taught to school children in Wales.

“The Welsh Government now need to follow the precedent set by the UK Government so that families who experience cardiac arrests no longer have to suffer such tragic circumstances.”

After launching this campaign, Rob has been in contact with Welsh Hearts Charity, who have long campaigned on this issue, to try and spread the message and increase the levels of support.

“Welsh Hearts believes that all schools in Wales should make CPR training mandatory for students – as more and more adolescents are becoming victims of Sudden Cardiac Arrest, especially during sporting events.

“Hundreds of lives could be saved in Wales each year if students were taught CPR from a young age, so CPR needs to be learnt universally to significantly improve survival rates and to avoid inequalities between communities by ensuring there are lifesavers on every street corner, in schools and every workplace.”