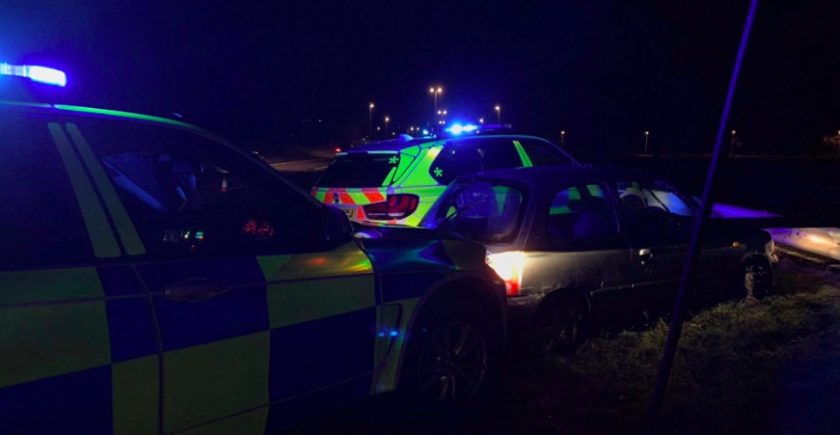 Police deployed a stinger to stop a suspected stolen car on the A55 earlier today.

Officers in an armed response BMW X5 had been pursuing a silver Nissan Micra along the Westbound carriageway of the A55 through Flintshire just before 5pm.

The spike strip, used to puncture a vehicles tyres, was deployed on a section of road between junction 31 for Caerwys and junction 30, after the car failed to stop for police.

Police say the stinger helped bring the pursuit to a ‘safe conclusion.

The carriageway was closed for a short period while officers dealt with the incident.

Two people have been taken into custody.

Cheshire and North Wales Alliance Armed Policing Unit posted a picture (above) on social media of the police armed response vehicle (ARV) with the suspected stolen car boxed in, a spokesperson added:

“Alliance #ARV involved in a pursuit following a stolen vehicle failing to stop when sighted by officers.