A photograph taken by a dog walker on the banks of the River Dee sparked a response from Flint based Coastguard volunteers this morning, Monday November 12.

A Deeside.com reader – who preferred not to be named – spotted an orange inflatable boat which, at the time looked to have been washed into culvert on a stretch of the river between Hawarden Bridge and the Blue Bridge at Queensferry.

The concerned member of the public, thinking somebody may have been in the water as a result of the boat being in an unusual position sent the photograph to Deeside.com, it was forwarded onto to Flint Coastguard.

The dog walker told Deeside.com that despite ‘a couple’ of people looking down from the bank at the boat, the situation appeared strange.

Coastguard volunteers were scrambled to investigate but while en-route were told the boat belonged to contractors who were testing concrete under the A494 Bridge.

“Team tasked by UK Coastguard after reports of a vessel in a unusual position near the Blue Bridge, Queensferry.

En-route an update was received from our Coastguard Operations Centre (CGOC) informing of a ‘Notice To Mariners’ regarding concrete testing under the A494 Bridge.

On scene vessel was now fully in the water, contractors spoken to who confirmed they had launched the vessel to carry out surveying duties.

CGOC updated and happy this was a call with good intent.” 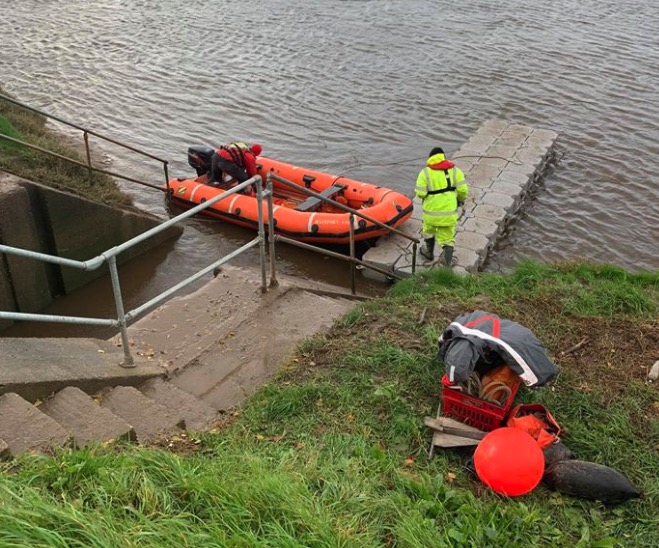