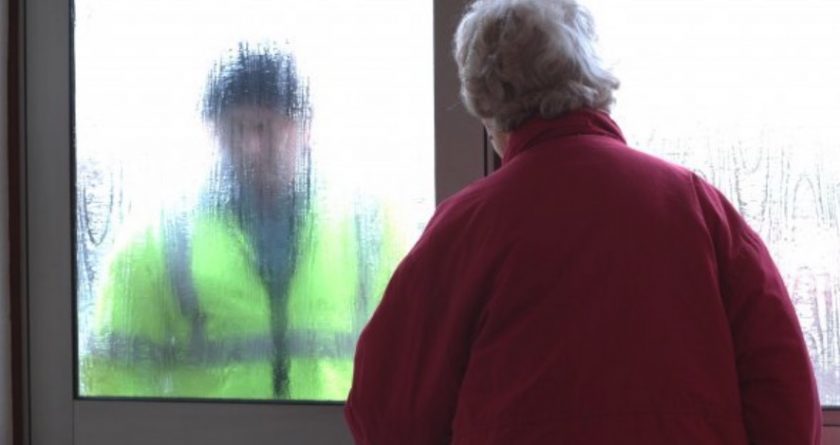 Callers are known to claim they are ex-convicts attempting to mend their ways, however, police say they are not part of any recognised rehabilitation scheme.

Some doorstep callers may offer poor quality goods at inflated prices and if a caller is not genuine, they may be gathering information for future crime.

Elderly and the more vulnerable residents are often targeted, and police advise against buying goods on the doorstep.

And if cold callers don’t get any sales in a particular area, they are less likely to return.

How do they work?

The sellers may say that they are on a “rehabilitation course” arranged by probation services or other organisations trying to find people work.

This is not the case and often they are known criminals. Probation services do not run such schemes.

They may show a card which claims to be a “Pedlars Licence” or work permit.

The following is an example of one that has been frequently seized by police. This is not valid:

The bag of household products is supplied by someone who employs them.

Those supplied – both male and female – with a full bag of household products, typically tea-towels pay a minimal sum for the contents.

They can keep whatever they make, above this amount.

Usually they are deposited in an area from a car or van and given a list of streets to work.

An hour or so later they are picked up and dropped off in another location.

They often work from 9am to 9pm.

A police spokesperson said doorstep peddlers “will knock on a door, offering cleaning items which they know are cheap and of very poor quality; the householder may also recognise that they are poor quality, but that is part of the scam.”

“Many people will purchase items and pay them out of their good nature as they have fallen for their story or, just to get rid of them. There have been cases of elderly residents handing over large sums as these people can be very persistent and confrontational.”

If you would like further information or advice, contact a member of your local Community Safety Team via 101.