A consultation on plans to replace the A494 River Dee bridge with a new crossing closes today.

The current A494 River Dee crossing was constructed in 1960, it forms a critical part of the key corridor between Queensferry and Ellesmere Port, as well as the wider North West of England to the rest of North Wales.

The route is also heavily utilised by visitors accessing the many popular tourist destinations in North Wales.

The crossing carries around 61,000 vehicles per day, far more than it was designed for.

The Welsh Government says that due to the age of the bridge there is deterioration to some structural features and it would be difficult to maintain long-term.

“Addressing the deterioration would result in closing the bridge for long periods. This would cause significant delays to journeys.” The Government says. 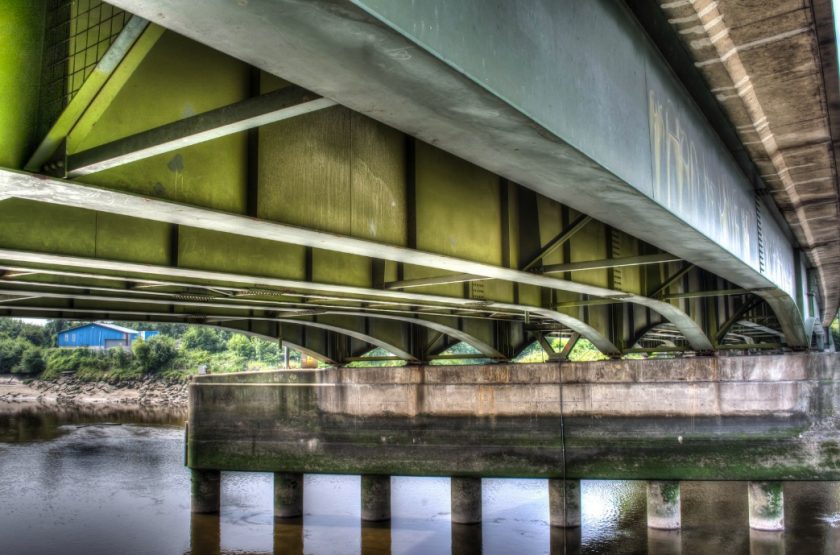 A major improvement scheme which aimed to address congestion within the Flintshire corridor was shelved following a Public Inquiry in 2007.

The Minister for Economy and Transport at the time Ieuan Wyn Jones agreed with a Planning Inspector’s recommendation that the scheme should not proceed any further due to the impact on the local community.

This has led to a major ‘pinch point’ on the A494 where three lanes merge into two on the westbound carriageway prior to the bridge, the merging lanes cause lengthy tailbacks at peak times.

Further work has been undertaken to look at options to increase capacity within the A494/A55 corridor which led to the announcement in 2017 of the so-called ‘Red Route.’

It aims to increase capacity on the existing A548 with a new road link to the A55 at Northop, this proposal does not include plans to replace the A494 River Dee Bridge.

The Red Route is intended to ease congestion within the Deeside corridor and the next steps are currently being taken to develop a preliminary design.

The Welsh Government commissioned Mott MacDonald and their partners Richards, Morehead & Laing to look at options for replacing the A494 River Dee Bridge.

A preferred option consists of two bridges to carry eastbound and westbound traffic.

The eastbound carriageway will make use of the current A494 bridge’s supporting piers combined with a new deck.

The westbound carriageway is a completely new structure with a shared path for cyclists and pedestrians.

The key features of the proposed scheme are:

-Three lanes in each direction to increase capacity and improve traffic flows on the A494.

-A hard shoulder in each direction to deliver safety benefits and reduce the congestion associated with break-downs.

-A new rail bridge to carry the Chester to Holyhead railway line over the proposed new A494 westbound carriageway.

-A new access road to connect Chemistry Lane with the area east of the A494 and west of the river.

-This has been provided to replace the current sub-standard access off the A494 which would be closed.

-A shared path for pedestrians and cyclists alongside the westbound carriageway which will connect with the current Wales Coast Path.

-A shared path for cyclists and pedestrians will also be created on Chemistry Lane linking in to the Coast Path and providing access to Station Lane, under the A494.

“The A494 is a key economic artery connecting North Wales with North West England and beyond.

“Replacing the ageing A494 River Dee Bridge with two crossings will not only improve safety, but also provide greater resilience and enhance journey time reliability. It will also address air quality issues in the area which will improve the health and wellbeing of local residents.

“The Welsh Government is investing significantly in North East Wales transport infrastructure over the coming years and ensuring this section of the A494 is fit for the future is absolutely essential. This is a key part of our plans for the region and I am pleased we are moving to the next stage of development.”

You can still submit comments until later today – more here