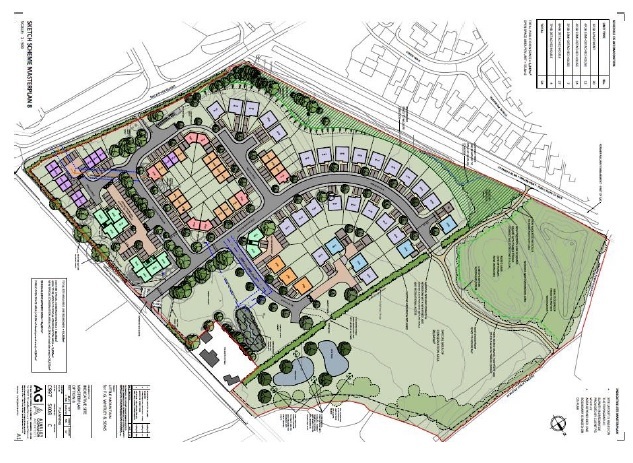 Almost 100 new homes could be built on the site of a former Buckley manufacturing plant under new proposals.

The land on Drury New Road was most recently home to Irish company Glen Dimplex, which used the industrial unit to build medical and commercial refrigerators.

The firm relocated operations to a purpose-built facility at its main headquarters on Merseyside early last year and the factory has stood empty ever since.

An application has now been put forward to Flintshire Council to gain permission for up to 94 houses at the site, which was originally created for Japanese eyeware manufacturers Optec.

It follows an assessment being put forward on behalf of Mold-based housebuilders FG Whitley and Sons, which claims the land is no longer viable for employment use.

In the appraisal document, property advisor Guy Evans said: “I have personally been marketing the manufacturing building since the former tenant took the decision to vacate in May 2018.
“During this period, we have not received a single offer for the building.

“I believe that this situation has arisen for two reasons namely: (a) that the building is not within an assisted area and that other buildings nearby in Deeside and Hawarden are able to offer significantly greater financial incentives to large scale occupiers.

“(b) that the property suffers from a very restricted eaves height (3.75 metres) which severely limits the market potential for the building.

“Both these factors combined mean that the potential market for the building is severely restricted.”

He added: “I have undertaken commercial viability appraisals for the expansion land assuming either office or industrial/warehouse use.

“In either case the development of the land is simply not commercially viable as the costs of development outweigh the value of the buildings on completion.”

Estimates calculated by Mr Evans show that an office development at the site could make a loss of approaching £1.2m, while creating new office units would lead to a loss of about £930,000.
He said it was therefore “unrealistic” to expect the developers to continue using it as employment land.

The company has instead outlined proposals to use the area, which measures more than 5.5 hectares, for housing.

In a planning statement, representatives acting on the firm’s behalf said it would deliver 25 “affordable houses” offered at below market value, as well as money to improve local schools.

They said: “It is submitted that the attached application pack is sufficient to allow this outline planning application for up to 94 dwellings with all matters reserved except access to proceed to a positive decision.

“The site is located within the settlement boundary on a sustainable previously developed site.

“The use of the existing access and the expected traffic generation from the proposed development has been demonstrated to be acceptable.

“The extant use of the land and also the previous allocation of the wider site for future employment use has been carefully considered and it has been demonstrated that this site would not be likely or viable and there is presently a surplus of such sites.

“The proposed development can integrate well with the wider settlement and will provide much needed family homes including the appropriate level of affordable housing.”

Comments are currently being invited on the application via the local authority’s website.

Planners are aiming to make a decision on the scheme by mid-September.