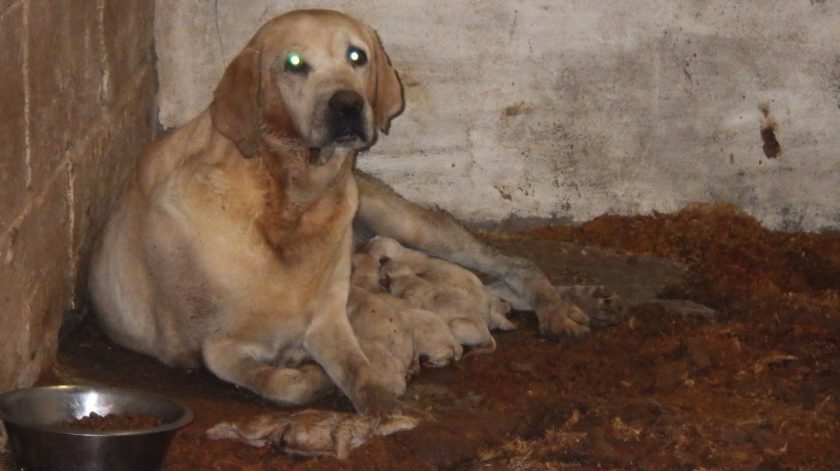 RSPCA say prosecutions in Wales have hit a five year high – with social media and video evidence playing a central role in catching many perpetrators of animal cruelty.

Offenders are being caught in the act on camera – or are openly filming themselves harming animals – with RSPCA Cymru calling 2018 a year of “unimaginable cruelty”.

In 2018, there were 164 convictions secured by the RSPCA in magistrates’ courts across Wales with RSPCA Cymru superintendent Martyn Hubbard describing cases as “shocking, disturbing and upsetting”.

However, the RSPCA inspectorate in Wales investigated 10,856 complaints of cruelty over the calendar year – an increase on 2017 by nearly 700 complaints – highlighting how prosecutions remain a last resort for the charity.

Across Wales 164 convictions related to a total of 80 defendants – including three youth defendants – a rise on the 67 convicted in the previous year.

A further 41 offenders were cautioned by the animal welfare charity in 2018.

Out of the 164 convictions – 91 related to dogs, 37 to cats and 21 to equines. In 2018, CCTV footage, videos from social media and surveillance from the RSPCA‘s special operations unit were all key in bringing animal abusers to justice.

RSPCA Cymru’s superintendent Martyn Hubbard said: “In 2018, our inspectorate dealt with some unimaginable cruelty – with some truly shocking, disturbing and upsetting cases captured on camera.

“These new statistics show a five-year high for RSPCA prosecution activity in Wales – with some of the deliberate, horrifying cruelty, and mindless acts of abuse, dealt with by our dedicated officers frankly unbelievable.

Some of the animal abuse cases sentenced in 2018 include two youths who were sentenced for a ‘senseless killing’ after enticing a cat from under a car and setting a dog on him.

The disturbing attack was caught on CCTV footage – with the tragic case costing the life of a beloved family cat.

Two men were handed a suspended jail term after a cat was tossed high into the air like a rugby ball, in a “cruel, dangerous and callous prank” which was filmed and posted to social media.

A major RSPCA badger baiting trial resulted in two men being sent to prison, another man handed a suspended custodial sentence, and a youth given a referral order, for their role in the barbaric treatment of animals.

Rare surveillance footage filmed by RSPCA officers from the charity’s special operations unit, caught dogs being set on a badger on film, bringing to light the horrific realities of the cruel and barbaric ‘bloodsport’ of baiting.

A man was sent to prison for 22 weeks after a video showed him hitting a badger with a spade while it was being baited by four dogs.

“These figures demonstrate all the hard work from the RSPCA’s frontline officers. Our message is clear – we will not tolerate animal cruelty in Wales.

“Nevertheless, prosecution is generally a last resort for the RSPCA – the vast majority of RSPCA work is improving animal welfare by giving advice to owners.

In 2018 the number of animal owners who were offered and accepted welfare advice numbered 5,940.

“Put simply, there is no excuse for animal cruelty and RSPCA Cymru will continue to ensure animal welfare laws are adhered to in all corners of the country.”

“Once again we’d like to thank the members of public for being our eyes and ears – out in the communities across Wales and also online; reporting animal suffering to us.

Without them and the evidence they provide we wouldn’t be able to do what we do.”