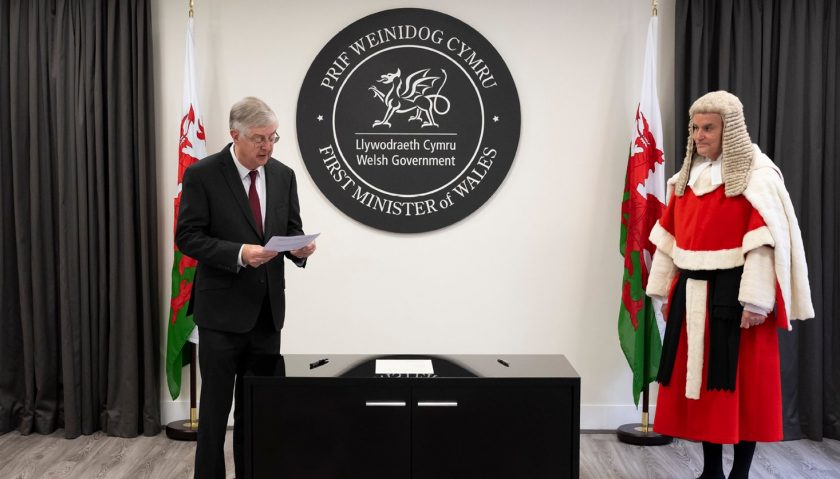 Welsh Government say climate change, new green jobs and recovery from the pandemic will be at the heart of the new Welsh Labour Government, as First Minister Mark Drakeford has revealed his new Cabinet team.

Two-thirds of the new Cabinet are women.

First Minister Mark Drakeford said: “The environment will be at the heart of our decision-making. The climate change emergency has not gone away while we have been dealing with the pandemic.

“Wales is a beautiful country with immense natural assets, which will help power our recovery and create the jobs of the future.

“In my new government, the environment doesn’t just have a seat at the Cabinet table, it will be a consideration in all we do.”

After leading the response to the pandemic over the last 15 months and serving as Health Minister for five years, Vaughan Gething is appointed Economy Minister. He will lead Wales’ economic recovery.

Dawn Bowden joins the government as Deputy Minister for the Arts and Sport in the economy portfolio. She also becomes the Chief Whip.

First Minister Mark Drakeford paid tribute to Ken Skates who returns to the backbenches to focus on strengthening Welsh Labour in North Wales in preparation for next year’s local government elections and the next UK Parliamentary election. He will also strengthen Labour links between North Wales and North West England.

The First Minister said: “Ken has been a real strength in Cabinet and a voice for North Wales. He will continue speaking up for North Wales and for Welsh Labour but in a different role. We will miss his energy and passion.

“Vaughan becomes Economy Minister at a crucial point in time – the pandemic is not just a public health emergency but also an economic one.”

“This week I informed the First Minister of my wish to step away from Welsh Government. After eight years in government, now is the right time.

“Clwyd South has always remained my number one priority, and my decision will enable me to spend more time in the constituency, focusing on local matters, as well as further strengthening the Party’s position in North Wales and further afield.

“I will continue to be a loyal supporter of First Minister Mark Drakeford and our Welsh Labour Government from the back benches.

“Above all, I will spend the next five years focusing relentlessly on helping the people and communities of Clwyd South as the local Member of the Senedd.”

Eluned Morgan becomes Minister for Health and Social Services, with a specific focus on NHS recovery and the pandemic response.

Lynne Neagle becomes Deputy Minister for Mental Health and Wellbeing. Lynne is the former chair of the Senedd’s Children, Young People and Education Committee who has championed children’s and young people’s mental health. Julie Morgan remains in her role as Deputy Minister for Social Services.

Jeremy Miles becomes Minister for Education and the Welsh Language, overseeing the introduction of Wales’ new curriculum and the biggest ever catch-up programme in schools. Mick Antoniw returns to the Cabinet as Counsel General designate and Minister for the Constitution.

Rebecca Evans retains the post of Finance Minister but, with important local elections just a year away, adds local government to her portfolio, bringing an important element of continuity to the new Cabinet.

“The new Cabinet is ready to get to work to set Wales on the path to recovery out of this long pandemic, which has cast such a shadow over all our lives.

“There will be challenges ahead of us – the pandemic is a public health and economic emergency with long-lasting impacts on all our lives – but this is a talented and committed team, determined to make a positive difference to Wales and for Wales.

“We will use all our efforts and energies to create a stronger, fairer and greener Wales, where no one is held back or left behind.”

Mick Antoniw – Counsel General designate and Minister for the Constitution

Jeremy Miles – Minister for Education and the Welsh Language