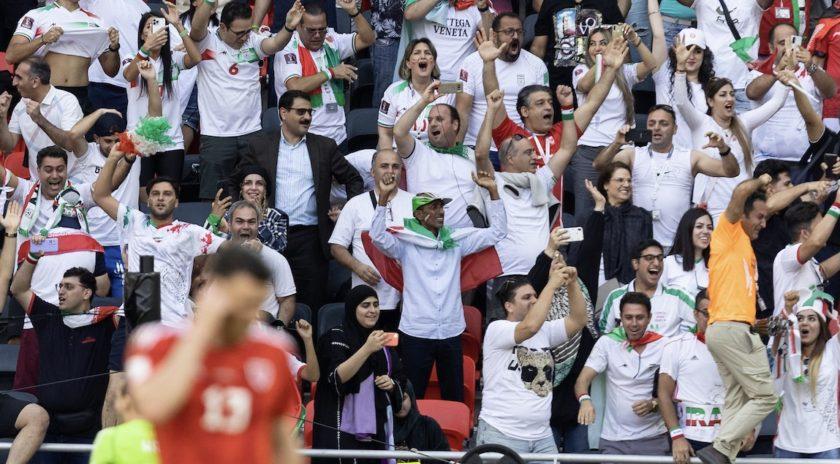 Gareth Bale made history on Friday as he became the most-capped Welshman in Cymru history, but the heartbreaking nature of the 2-0 defeat to Iran will leave the captain wishing he could forget what should have been a memorable occasion for all the right reasons. ‌﻿​﻿‌﻿‌﻿‌﻿​﻿‌﻿‌﻿‍﻿‌﻿​﻿‌﻿‌﻿‌﻿​﻿‌﻿​﻿‍﻿‌﻿​﻿‌﻿‌﻿‌﻿​﻿‌﻿​

Rob Page ended Cymru’s 64-year wait to appear at the World Cup finals, but opposite number Carlos Queiroz is a tournament veteran, and his experience of the competition always meant that his team were going to make amends for the way they failed to perform in the opening match against England. Queiroz made five changes to his starting line-up to complement a tactical switch, and his side deserved the victory despite leaving their two goals until deep into stoppage time. ‌﻿​﻿‌﻿‌﻿‌﻿​﻿‌﻿‌﻿‍﻿‌﻿​﻿‌﻿‌﻿‌﻿​﻿‌﻿​﻿‍﻿‌﻿​﻿‌﻿‌﻿‌﻿​﻿‌﻿​

The two national anthems were emotionally charged for very different reasons and that set the tone for an intense and physical contest. The Red Wall were once again in fine voice as the teams went through the pre-match protocol, but there was extra emotion for Iran as the violent protests and demonstrations over the current Iranian regime brought tears to the fans and players. Queiroz had tried to deflect political questions from his players in the build-up to the game and the tournament, and his emotion of the last few weeks was released post-match. ‌﻿​﻿‌﻿‌﻿‌﻿​﻿‌﻿‌﻿‍﻿‌﻿​﻿‌﻿‌﻿‌﻿​﻿‌﻿​﻿‍﻿‌﻿​﻿‌﻿‌﻿‌﻿​﻿‌﻿​

“It’s just the beginning,” said Queiroz at the final whistle. “Now we need to finish the job. I think it was a wonderful day for us. We’re back to football and I don’t have the words to say thank you to our players. They were brilliant and they deserve all the attention and respect. I think today people will see that these boys love to play football. They deserve to be supported, we do it for the fans.” The Portuguese Queiroz has dealt with many scenarios in his coaching career that stretches over 30 years and has taken him across the world, but few challenges will have matched the political tension surrounding his squad this week. ‌﻿​﻿‌﻿‌﻿‌﻿​﻿‌﻿‌﻿‍﻿‌﻿​﻿‌﻿‌﻿‌﻿​﻿‌﻿​﻿‍﻿‌﻿​﻿‌﻿‌﻿‌﻿​﻿‌﻿​

There was no surprise to see Page restore Kieffer Moore to the starting line-up following his impressive performance from the bench against the United States, but there was no place in the eleven for Joe Allen on his return from a hamstring injury that had kept him out of action since September. Nobody could ever doubt the desire of the Cymru players with the dragon on their shirt, but it was clear from the first whistle that Iran were playing for something more than just three points, and they enjoyed the physical advantage with a strong approach that seem to rattle Page’s defensive line. ‌﻿​﻿‌﻿‌﻿‌﻿​﻿‌﻿‌﻿‍﻿‌﻿​﻿‌﻿‌﻿‌﻿​﻿‌﻿​﻿‍﻿‌﻿​﻿‌﻿‌﻿‌﻿​﻿‌﻿​

A VAR offside decision prevented Ali Gholizadeh from opening the scoring as both sides went for it in a frenetic first half. Page was the first manager to show his hand as Dan James and Brennan Johnson were introduced just before the hour mark. In one passage of play, Sardar Azmoun and Gholizadeh both hit the post before Hennessey made yet another fine save. It was clear that Iran were on top, and while the introduction of Allen later in the second half added a stronger defensive presence in midfield, it wasn’t enough. Hennessey was shown a straight red card late on, and Rouzbeh Chesmi and Ramin Rezaeian scored even later. ‌﻿​﻿‌﻿‌﻿‌﻿​﻿‌﻿‌﻿‍﻿‌﻿​﻿‌﻿‌﻿‌﻿​﻿‌﻿​﻿‍﻿‌﻿​﻿‌﻿‌﻿‌﻿​﻿‌﻿​

It has been a long wait for Cymru to compete on the world stage, and the frustration of Friday will be difficult to move on from. England are up next and the challenge for Page now is to lift his players to embrace the scale of the occasion and show the sort of performance that delivered qualification. Reaching the knock-out stages of the last two EURO finals has set expectation levels to an unprecedented high, but with high expectation comes heavy disappointment when things do not go to plan. ‌﻿​﻿‌﻿‌﻿‌﻿​﻿‌﻿‌﻿‍﻿‌﻿​﻿‌﻿‌﻿‌﻿​﻿‌﻿​﻿‍﻿‌﻿​﻿‌﻿‌﻿‌﻿​﻿‌﻿​

“It’s gutting, we’re gutted,” said Bale to BBC Sport Wales at the final whistle. “There’s no other way to say it. We fought until the last second but it’s one of those things. It’s difficult to take but we have to recover and we have to go again. We have to pick ourselves up straight away. We still have one game left and we still have to try and enjoy the occasion as well.” The tournament may not be over for Cymru, but only a miracle will see them through to the knock-out stages now. ‌﻿​﻿‌﻿‌﻿‌﻿​﻿‌﻿‌﻿‍﻿‌﻿​﻿‌﻿‌﻿‌﻿​﻿‌﻿​﻿‍﻿‌﻿​﻿‌﻿‌﻿‌﻿​﻿‌﻿​