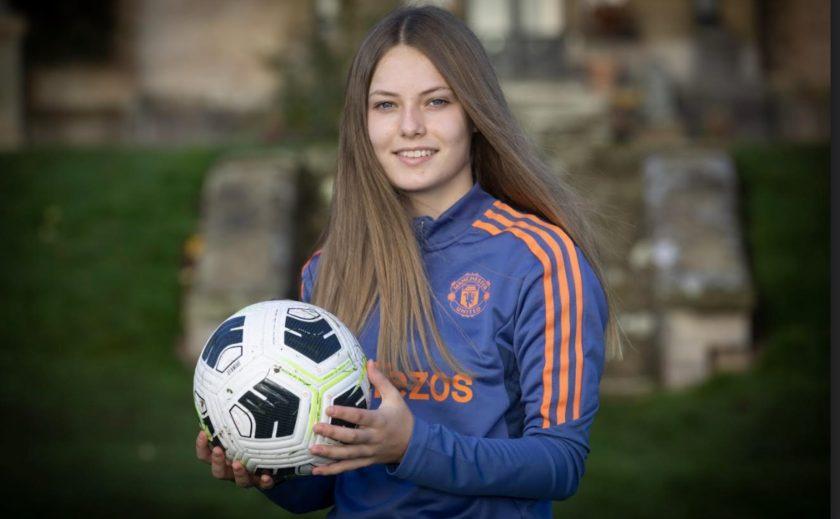 A talented young footballer from Flintshire is living the dream after beating hundreds of rivals to a place with Women’s Super League giants Manchester United.

Poppy Holt, a pupil at Myddelton College, Denbigh, was selected by the Red Devils from 1300 triallists this summer.

It’s a remarkable rise for 14-year-old Red Devils fan Poppy, from Mold, whose footballing journey had begun long before, playing in the back garden with brother Harry from the age of five.

Now just a few years after her parents, Tim and Lisa, took her and big brother Harry on an Old Trafford Stadium Tour, Poppy is a player with famous club’s junior sides.

She followed in Harry’s footsteps playing for the school team at Ysgol Derwen, in Higher Kinnerton, for Kinnerton Oaks FC and then Aston Park Rangers FC boys in the Flintshire Junior League.

She was still at primary school when she impressed on trial with Wrexham and where she moved up the ladder as a goalscoring number ten in five years with the Racecourse club, winning Player of the Year awards. 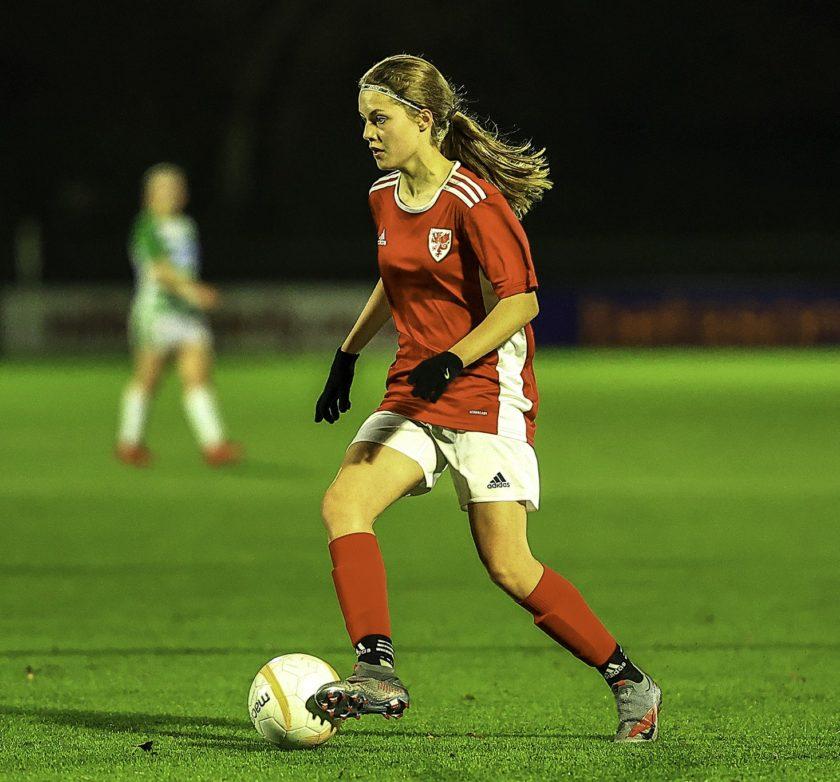 Poppy Holt on the ball for Wales – Picture by Andrew Donnison.

She was then scouted by the FA of Wales North Region Academy and has gone on to win caps for Wales Under-14s.

Poppy, who is lucky enough to have dual nationality for Wales and England, was offered places at other Premier League clubs this summer but her heart was set on the Red Devils.

Poppy is already making her mark with United after going through a rigorous selection process: “We started off with over a thousand of us,” she said: “Then after the first trial I received an e-mail to tell me I had got through to the next phase. It was the best email I have ever had.

“It came to the final trial and there were only 11 of us and at the end I was told I had been successful!”

Tim said: “Poppy has always been a United fan and it’s a dream come true for her to play for them.

“She’s already played against Liverpool, scored a penalty against Derby County and scored against Sheffield United.

“Poppy has won six caps for Wales and spent a week on a training camp in Serbia, which included internationals against North Macedonia, Serbia and Chile. 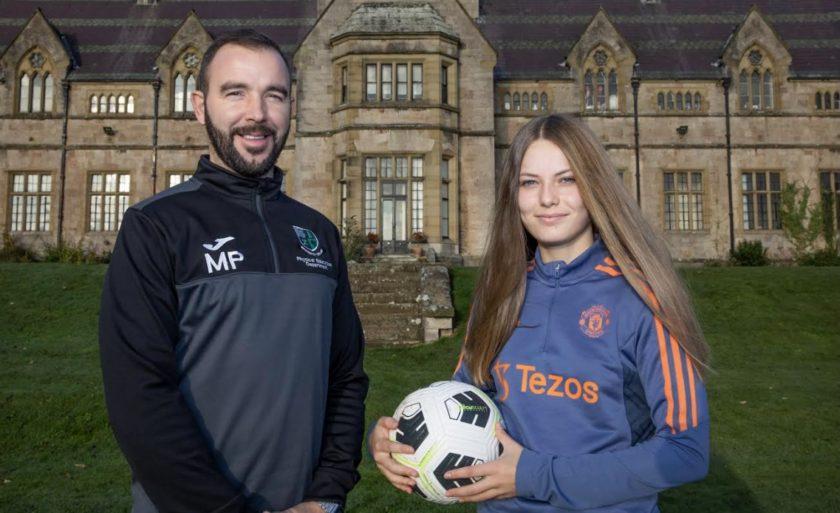 “She was recently picked for the Wales Under-16s squad for a three-day camp at the FA headquarters at St George’s Park where she met the England Lionesses players and she picked up an assist when Wales drew 1-1 with England Under-16s.”

“We have a football academy at the school and she speaks to and encourages the others and is a fantastic example to them.

“At the same time we can make sure she doesn’t miss out when she’s away with United or with Wales as she can keep up with her lessons online.”

Gemma Owen, Wrexham FC’s Head of Female Football, saw Poppy’s development from the age of 10 and she said: “Poppy really stood out from the start because of the natural talent she has and her willingness to learn.

“Naturally we are gutted that she has moved on but we have no doubt she will go on to do great things. She’s such a good player and an even better person as well.”

Mum Lisa added: “The school have been great, very encouraging, and they’ve done everything they can to support her.

“When she has time off to train with United or for internationals for Wales she can access learning online and speak to her teachers.”

Poppy has always been a keen skier, taking to the slopes on family holidays, but she will have to give that up for her football dream of playing for United: “I used to love skiing,” she said “But I can’t do things like that any more.

“My ambition is to play for United.”

Myddelton College, a co-educational day and boarding school, was the UK’s newest independent school when it opened in the autumn of 2016 and is the only school in North Wales with a 5G network.

The school currently has 340 pupils, 75 of them boarders and 70 staff, 35 of them teachers and Mr Allman added: “The school has integrated into the local community very well and we have formed sporting partnerships with a number of local clubs.

“We want to provide to well-rounded education and give all our pupils a breadth of opportunities, indoors and outdoors including the chance to work with and form bonds with people and countries all over the world.”