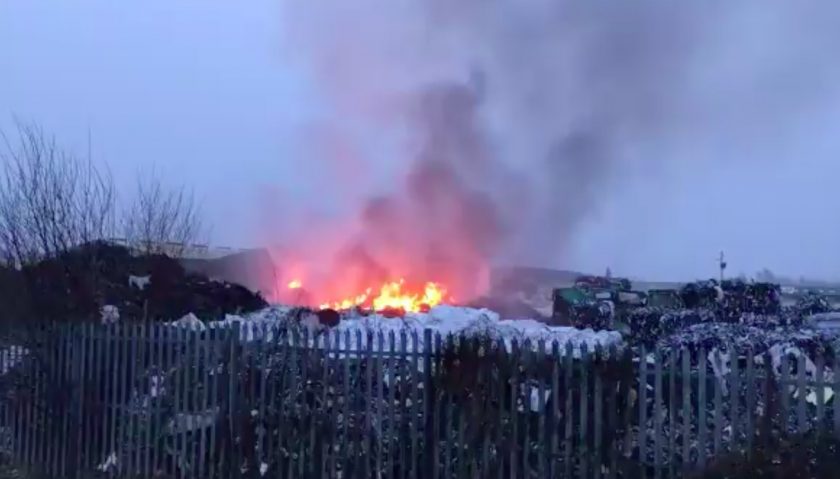 Fire officers will begin an investigation later on today into the cause of a huge blaze which broke out at in the grounds of a recycling facility on Sandycroft Industrial Estate yesterday evening. 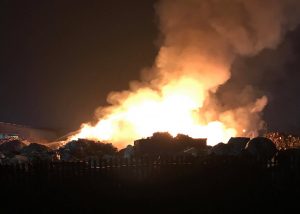 More than 30 firefighters, along with eight appliances from Deeside, Wrexham, Buckley, Mold, two from Cheshire, a command unit and a high volume pump from Llandudno attended the incident. ‌﻿​﻿‌﻿‌﻿‌﻿​﻿‌﻿‌﻿‍﻿‌﻿​﻿‌﻿‌﻿‌﻿​﻿‌﻿​﻿‍﻿‌﻿​﻿‌﻿‌﻿‌﻿​﻿‌﻿​ 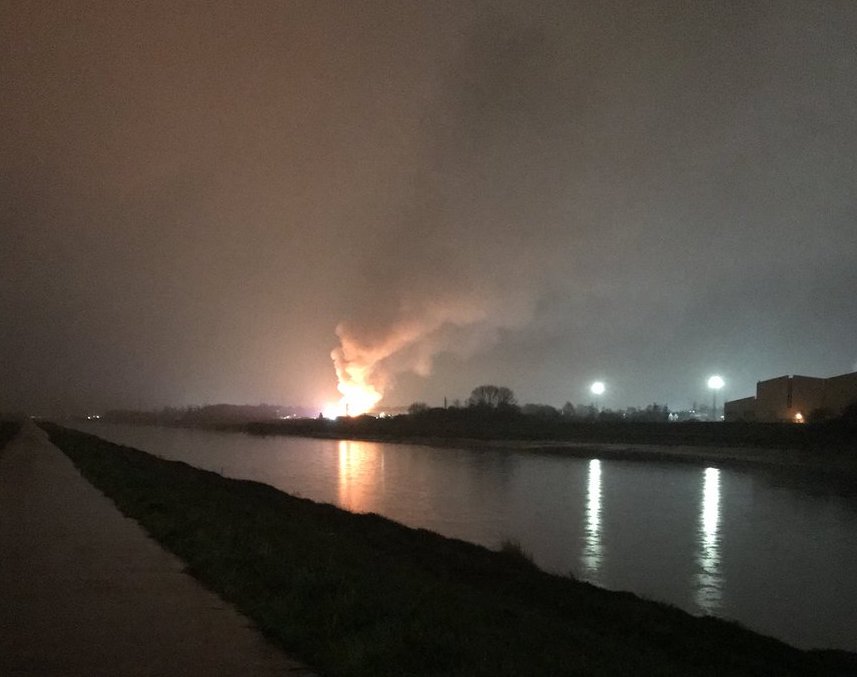 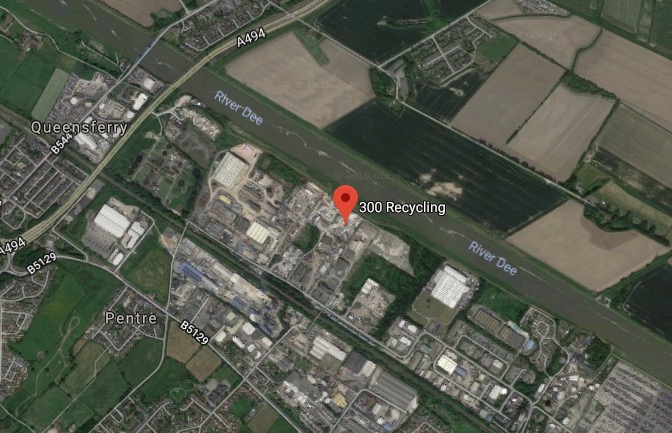