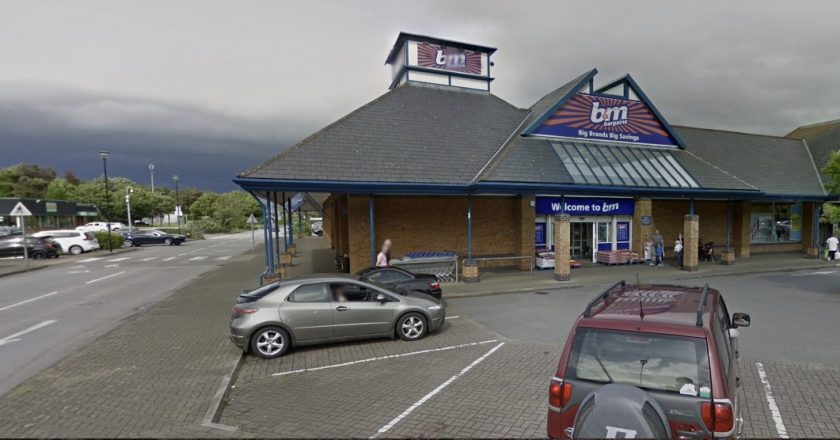 Plans have been submitted to split a former Flintshire B&M store into three smaller units, one of which appears to be earmarked for Domino’s Pizza to occupy.

The 10,000 sq.ft unit, which backs onto Sainsbury’s supermarket, has been left vacant for 12 months as a result of the move.

Hollins Murray Group, the retail park’s owner has now submitted plans to Flintshire Council to convert the unit into three smaller ones comprising of 600 sq.ft, 1400sq.ft and 8000 sq.ft.

As part of the plans, there is also an application to change the use of one unit from retail to “hot food takeaway.”

Whilst no details have been published of who will be occupying the fast-food takeaway – if planning permission is granted – a plan of the new unit throws up a couple of clues.

The plans have been drawn up by Delta Bravo Limited who have worked on Domino’s ‘fit-outs’ in the past.

The document also says the plans have been prepared for The MSG Group, a large UK Domino’s franchisee and finally on the drawing itself a door in the customer area is labelled the “Domino’s door.” 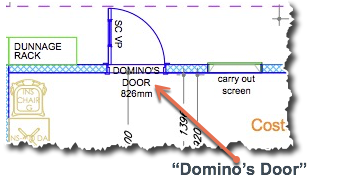 Should the plans be approved and the work carried out, the opening times of the takeaway, as submitted on the application form, would be 11am to 11pm seven days a week.

The popular pizza chain already has takeaways in Queensferry and Mold.

A consultation on the plans is open until July 20.