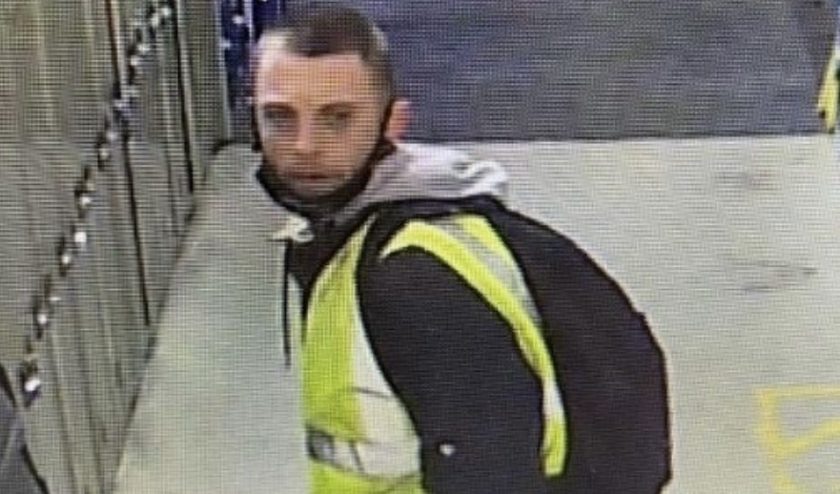 Police have released a number of images of a man they want to speak to following the theft of items from a business address in Flint.

The items were allegedly stolen from staff lockers at the unnamed business at Castle Park Industrial Estate on the morning of May 3.

North Flintshire Police Team has issued an appeal for information, a spokesperson said:

“This man is being sought in connection with a theft offence at a business address on Castle Park Industrial Estate, Flint.”

“At around 10.35am on Tuesday, 3 May he is shown on CCTV entering the premises.”

“Items kept in staff lockers were subsequently reported missing by the informant.”

“He is described as 5’11” tall and was seen wearing a hi-viz jacket, black trousers with fluorescent strips on the right ankle, and trainers with yellow strips on the heel.”

“He also carried a black rucksack with a red coloured ‘Air’ logo.”