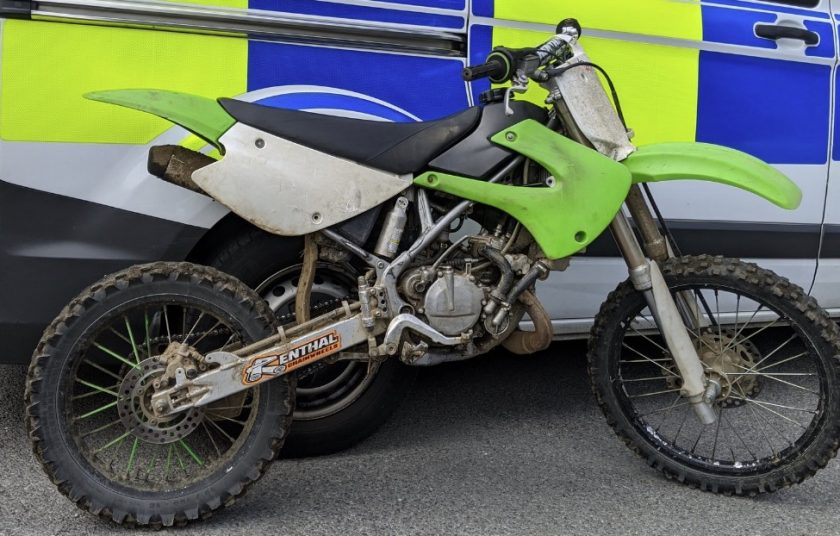 An operation is being launched following an increase in recent reports in the Flintshire North area.

Police have said some riders have failed to stop for officers, with reports of off-road bikes being “driven dangerously on pavements and through side streets.”

It has also been reported youths have been seen riding off-road bikes in the Connah’s Quay and Shotton areas, with young people as passengers – both with no helmets or protective equipment.

As a result, North Flintshire Police have launched Operation Blue Takeoff, it will see interceptors and the drone team attending specific areas, along with unmarked vehicles and officers, to target the riders.

Police say they are also working in partnership with Flintshire Council and local councillors to tackle the issue, “with target hardening in place to make access more difficult for the riders.”

[Video footage captured a few years ago of youths riding an off-road bike along Shotton Lane during the daytime, over the past few weeks there have been several reports of dirt bikes ridden dangerously in the same area]

PC Sankey of the Neighbourhood Policing Team said: ““The group of youths riding off-road bikes have been a nuisance to local residents for a significant amount of time, and the manner in which the bikes are being used is putting the users and members of the public at risk of serious harm.”

Inspector Simon Williams added: “This is an issue my team and I are taking very seriously.

“The work highlighted above is an exciting and innovative initiative set up between North Wales Police and partners to identify and address the illegal use of motorcycles by a small section of the community.

“This activity puts everyone including the rider at risk, and we will work with the community to address and prevent this behaviour and enforce the law at every available opportunity.

“I would like to thank the community for the ongoing support and engagement and our partners for the commitment in keeping Flintshire North a safe place to live and work.

“I encourage members of the community to report any activity around the use of off-road bikes direct to us on 101, via the website, to the community policing teams, community leaders or Crime Stoppers.”

We are asking residents to continue to report any issues so that officers have up to date descriptions and locations. We would also encourage residents to sign up to the Community Alert scheme for regular updates using www.northwalescommunityalert.co.uk