Plans for 23 new homes in Drury approved on appeal 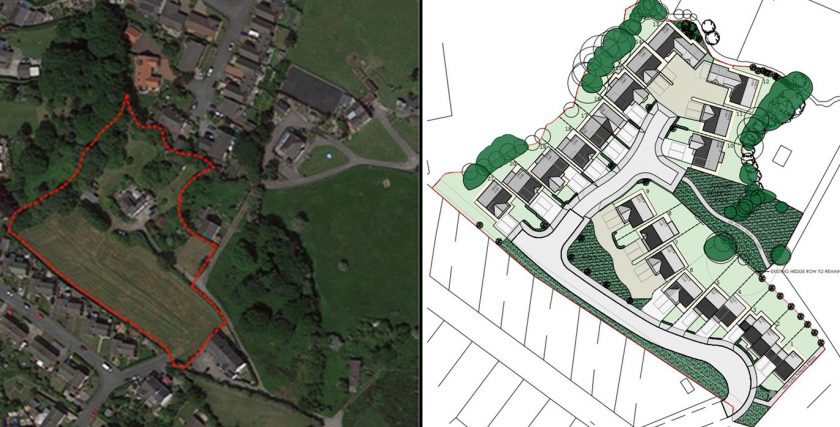 Controversial plans for more than 20 new homes near Buckley have been approved on appeal.

Lingfield Homes initially had proposals for a development on land off Bank Lane in Drury refused by Flintshire Council in September.

The decision was made after planning committee members raised concerns that it would have an adverse impact on road safety.

Residents also submitted a total of 50 objection letters against the application for 23 houses, highlighting the impact on local schools and flooding.

However, an appeal by the Chester-based company has now been successful and permission has been granted by a planning inspector appointed by the Welsh Government.

In a decision notice, Siân Worden concluded that it would not have a detrimental effect on the safety of motorists.

She said: “I have found that the proposed development would not have a detrimental effect on highway safety and would make efficient use of the land within the appeal site.

“The provision of market housing would also support the site’s residential development.

“I am aware that there has been considerable objection to the scheme.

“I have taken all the matters raised into consideration but not found any to justify refusing a proposal which would generally be in compliance with national and local planning policy.”

Ms Worden said the number of traffic movements created by the proposal would be modest.

As such, no conditions regarding traffic management or calming measures have been attached to the scheme.

She added that the development would make the most efficient use of the available land.

One of the residents who raised concerns ahead of September’s planning meeting was Patricia Shone, who lives on nearby Pen y Coed Road.

The 82-year-old said: “There have been attempts to develop the field several times. And our concern is not so much the houses, but it is the roads.

“You take your life in your hands trying to get out – you have to be very careful.

“They come up so quickly, it is like a racetrack. And with this there would be even more.”