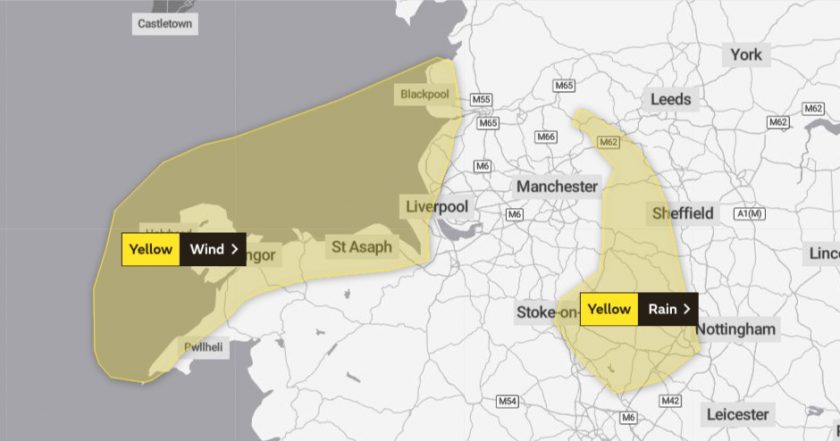 The Met Office has a  yellow alert in place this morning with a warning of strong winds in Flintshire.

Winds of up to 65mph are forecast to hit the North Wales coast.

The Met Office warning, which is in force between 5am and 10am on Tuesday states:

The warning goes onto to says: “very gusty winds are likely on Tuesday morning in association with heavy rain over the North Wales coast and around Liverpool Bay.

The strongest winds will be relatively short lived but will affect the area during Tuesday morning’s busy travel period.

The winds will then ease from the north later on Tuesday morning.”