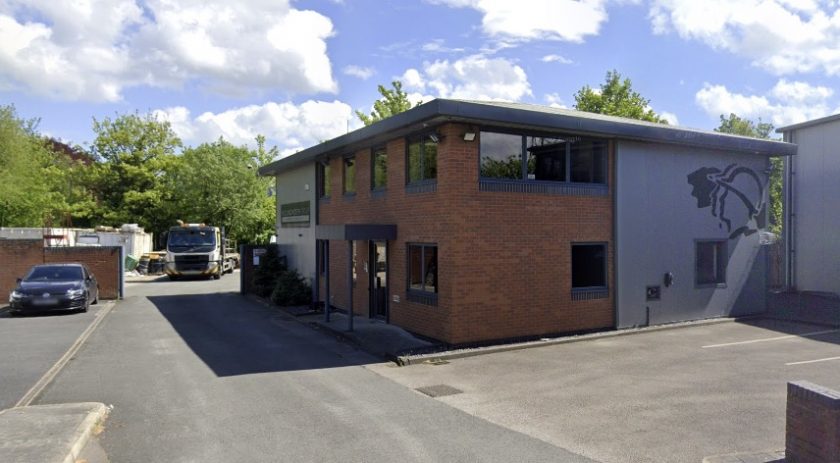 A leading civil engineering company is gearing up for a major expansion into construction with four key appointments as it aims to increase turnover to over £20 million.

Deeside-based Hollingsworth Group, which numbers some of UK industry’s biggest names among its blue-chip clients, has made a major investment in plant and plans to expand its construction arm, Hollingsworth Ellery.

The Group have ploughed £1 million into new equipment and machinery, including seven new Hitachi Excavators, and have added senior staff to make an increasing splash in the building and civil engineering sectors.

They have taken on an operations manager, Peter Blake, two quantity surveyors in Mike Steen and Chris Wardle and a buyer, Jim Cartridge.

It is part of a drive to ramp up turnover to over £20 million from its pre-lockdown £15 million and they are well on its way to doing so with a bulging order book and plans to expand into residential work.

Hollingsworth Ellery Director Steve Ellery, from Rossett, said: “The Group have a number of blue-chip clients like Airbus and Muller for whom we are working on dairies from Bellshill in Scotland to Bridgwater in Somerset.

“Work did fall away in lockdown but it has rebounded hugely and we have to be ready for that which is why we have been recruiting, especially in senior roles, and with people who we know can help take us forward.

“We are also picking up new clients like chemical and materials manufacturer Ingevity in Warrington and getting enquiries from several more major clients so it is vital that we have the right people in place to take advantage of these opportunities. 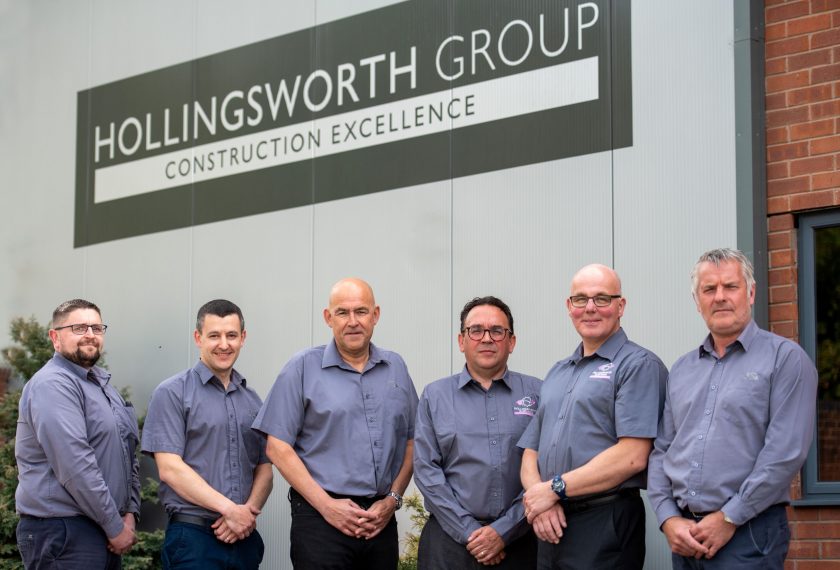 “We are looking to do more in the residential construction sector on contracts up to £2 million where people like Peter and Chris have specialist experience.

“This diversification helps Hollingsworth expand their business and we’re already on target to turnover £15 million this year and looking to build past £20 million in the next 18 months.

“We have also taken on three more on-site staff with two project managers and a site supervisor appointed and with Mike Steen returning to us and Jim Cartridge with whom we have worked before we have a team in place to help us expand.”

Part of that expansion involves more turnkey construction work on small residential sites including building specialist accommodation for the care and health sectors which will be undertaken by the Hollingsworth Ellery sector.

New operations manager Peter Blake, from Greasby, on the Wirral, has spent most of his career in the house-building sector, first as a joiner before moving into management.

He said: “It is a bit of a career change for me as I have worked in housing construction while Hollingsworth are probably best known for their work in the industrial sector.

“But they are looking to expand into the residential market and I can bring my expertise to that for a company who are well known for being very professional and I like their work ethic as well.”

Quantity surveyor Chris Wardle, from Nantwich, said: “Hollingsworth are a really good company and are nice people and they’re clearly doing things right if you look at their client list.”

Senior quantity surveyor Mike Steen, from Cilcain but now living in Chester, has returned to Hollingsworth and he said: “They’ve always been a very good company and now with their plans for expansion they need a strong team to back them up and that’s what they’re building.”

Buyer Jim Cartridge, from Rhyl, has come from a builder’s merchants background and he said: “I’ve known Hollingsworth for a number of years and they’re a very professional company who always want things done the right way.

“I just had a phone call out of the blue and I’m just delighted they wanted me to be part of what is a very good team.”

Group Managing Director Paul Hollingsworth said: “With these new appointments we are well placed to deliver that increase in turnover across all sectors in the next couple of years.

“At the same time as we are investing in new staff we are also making sure we have the equipment to deliver these contracts which is why we have also invested heavily in new excavators.”

The Hollingsworth Group was founded in 1988 by brothers Paul and Shaun Hollingsworth and is North Wales and the North West’s leading civil engineering, construction and development group.

They specialise in bespoke construction solutions and innovative design and their major clients include household names such as Airbus, dairy giants Müller, Hanson, Vauxhall Ellesmere Port, Veolia and Balfour Beatty for whom they have been working on strengthening the sea defences on the Denbighshire-Conwy coast.