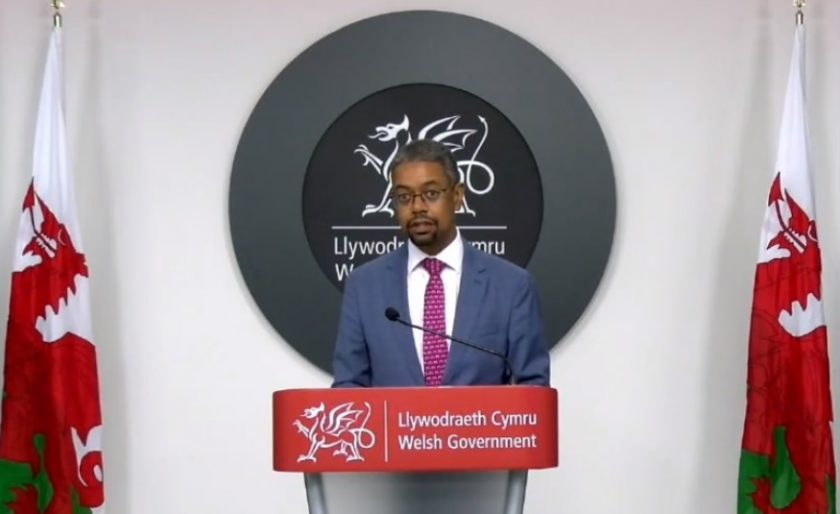 Booster jab uptake in Wales is set to be released next week as the economy minister urges everyone eligible for the third vaccine to come forward when invited.

Those over the age of 50, along with healthcare staff and care home workers and residents are being offered a booster dose of either a Pfizer or Moderna vaccine – irrespective of which vaccine was given as a primary dose.

This is being given six months after the second jab was given.

Booster vaccines are being offered following emerging evidence that original vaccine effectiveness against the virus starts to wane after five to six months.

However there is concern across the UK that the pace of the booster rollout is “too slow” compared to the earlier stages of the vaccination programme.

So far there is limited data on the booster jabs in Wales, however last week Betsi Cadwaladr University Health Board confirmed that almost 50,000 people in North Wales have received their third vaccine.

Speaking at the weekly Welsh Government press conference Economy Minister, Vaughan Gething, confirmed that details on the uptake of the booster programme will be published from next week.

He was also questioned on whether there was any concern in Wales on the speed of the rollout.

Mr Gething said: “Throughout this we’ve tried to be transparent about where we are on the vaccine rollout.

“People should have confidence in the way that we have designed and delivered the vaccine programme through the last several months.

“If you think about the initial concern, about how slowly we were moving, and within a few months it was recognised Wales was moving very fast and in a sustainable way.

“Next week, you’ll start seeing figures and the regular updating of them, but at this point in time we don’t have concerns about how we’re trying to manage the rollout with the NHS.

“It’s really about making sure the public respond to the invitations to get themselves protected, which will be good not just for the health of the nation, but obviously for our economic future as well.”

In terms of a decrease in immunity provided by the vaccines, Mr Gething added: “We have this challenge in that the vaccines we have are new vaccines and so whilst they’re safe – and we knew they’d be highly effective when given – as with any vaccine there’s a potential waning in the immunity that it provides.

“The fact that it appears to have provided at least five to six months of good protection is really important, we wouldn’t have been able to recover lots of the freedoms that we have without that.

“We obviously look at the evidence that our scientists are providing on whether waning immunity is a real factor and if so how much.

“We’re looking at international evidence to on what’s happened with immunity in different countries.

“It’s partly the fact that the UK moved faster than some European countries in getting our programme up and running.

“It may be the case we’re seeing an earlier impact or waning immunity here compared to others, but there’s still uncertainty about that.

“What we can be certain about is getting your full protection is the best way to protect yourselves and people around you, and actually to avoid the need to take any further restriction to protect the health of the nation, but also our economic future, as well.

“So when the time comes, if you’re invited to have a follow up or you’re are in the younger age group who are having your first doses, please do get your vaccination safe, and it’s effective, and it will help to protect all of us.”