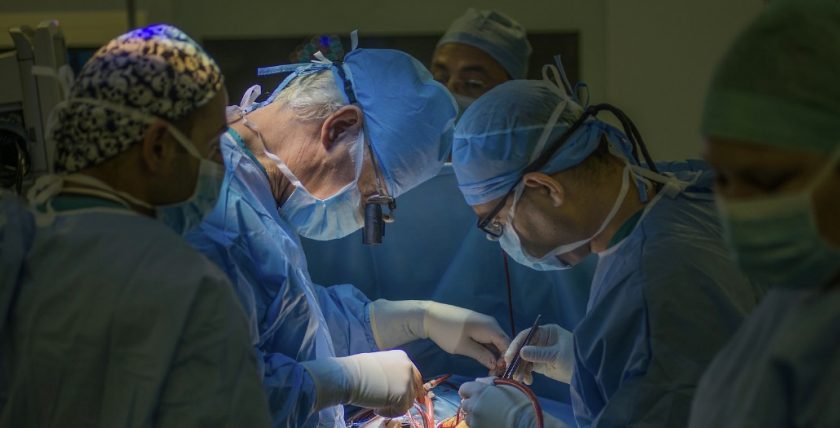 Calls have been made for assurances that vascular services in North Wales will go back into special measures.

It follows a “damning” report into vascular services at Betsi Cadwaladr University Health Board, which raises serious questions about the quality and consistency of care provided.

In today’s Questions to the First Minister, Ynys Mon MS Rhun ap Iorwerth said he “couldn’t believe what he was reading” and called for special measures to “sort out this mess”.

Mr ap Iorwerth said that the lessons of the centralisation of services at Betsi is a “lesson for all of Wales” and warned against the principle of centralisation becoming “more important than the quality of care.”

Plaid Cymru’s deputy leader in the Senedd, and spokesperson for health and social care, said: “Concerns were raised and opposition raised because we were worried about the standards of service.

“I could barely believe what I was reading in this report: treatment given that shouldn’t have been – even amputation, an appalling lack of communication with patients and their families and record keeping so poor that the Royal College investigators couldn’t even figure out what had happened to some patients.

“There are real questions over whether Betsi Cadwaladr was ready to come out of special measures – very conveniently, before the last election.

“I’m looking for an assurance this afternoon that vascular services in the north will go back into special measures, with targeted intervention to sort out this mess.”

First Minister Mark Drakeford said in response that half of the 44 cases investigated by the Royal College of Surgeons predated the reorganisation of services in North Wales.

He said: “The member does a disservice, again this week, in mixing up those two issues together.

“The way in which services have been redrawn, so that specialist services are concentrated in one place, was the right decision.

“That is not challenged in either of the Royal College of Surgeons’ reports and, indeed, the royal college supported that plan.

“What is unacceptable and deeply disappointing is the neglect of basic standards of professional practice that are revealed in the report.

“I was the minister that placed Betsi Cadwaladr into special measures. I remember being told by members on the floor of the chamber that that was convenient for political purposes, just as I’m used to other parties trying to claim that the decision to bring the board out of special measures was somehow politically motivated. It was simply the result of the process that is in place.

“I cannot give the member the guarantees that he asks for this afternoon, because those are not political decisions.

“He may think that he, as a politician, has the answers and that we should simply rely on his political judgment, but that is not the way in which those decisions are made in Wales.

“But that’s how the system works. It’s not by people designing solutions on the floor of the Senedd; it’s by taking the expert judgment of that rounded tripartite meeting, and then ministers taking the responsibility for acting on them.”