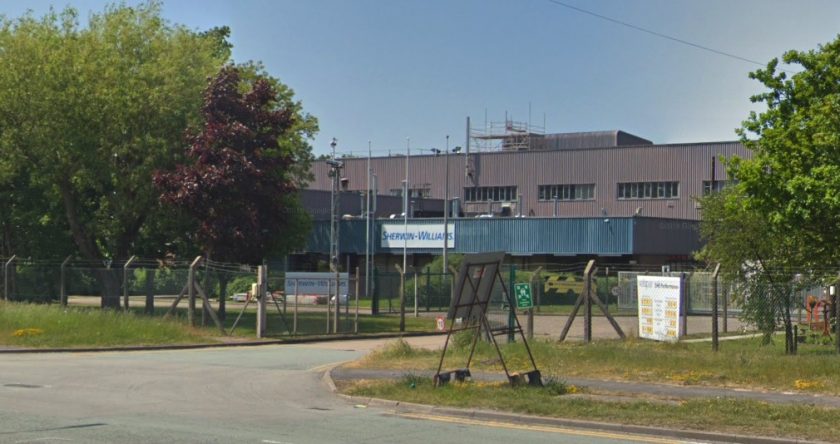 Workers at a Deeside paint firm have voted in favour of industrial action in a dispute over underpayment of wages.

Unite members working at Valspar on Deeside Industrial Park have voted by over 90 per cent in favour of strike action and action short of a strike.

“Many of our members have been underpaid by thousands of pounds.

They have waited patiently over many months for the company to make a fair offer on their back pay, their patience has finally run out.

“This ballot result should send a clear message to Valspar that our members are willing to fight for their underpaid wages. It is time for Valspar to recognise this injustice and pay up in full.”

The Valspar Corporation is one of the largest global coatings manufacturers in the world, providing coatings and coating intermediates to a wide variety of users.
Valspar has been approached for a comment.