Update 9pm – Welsh Water has said the burst water main affecting parts of Deeside has now been fixed, an update in its website states:

“The main has been repaired and is slowly filling with water, this may take a little time but supplies are being restored.

discolouration in the area, again please accept our apologies for the inconvenience caused today with the difficult repair to the burst main.”

Update 7pm: The area of affected properties has been extended to include Mancot, Sandycroft and a wider part of Shotton.

Welsh Water has updated a map showing the affected area, an update on its website just before 7.45pm states:

“The repair is still ongoing and we hope to get supplies restored later tonight, We have had technical issues and the weather has not helped, the road still

has one lane closed at the moment while this repair is being carried out. We appologise for the inconvenience caused.”

Water tankers still out around Queensferry and Aston pumping water into the mains system in a bid to keep supplies running pic.twitter.com/d2FFdMPFOp

Many properties are suffering from low water pressure while there have been reported that some houses have been without water for hours.

A spokesman for Welsh Water told Deeside.com this evening, the “repair is going well and should be completed by around 8pm but due the large area affected it may take a while for supplies to be fully restored to all areas.

We are still tankering water into the mains and water should be restored later tonight. 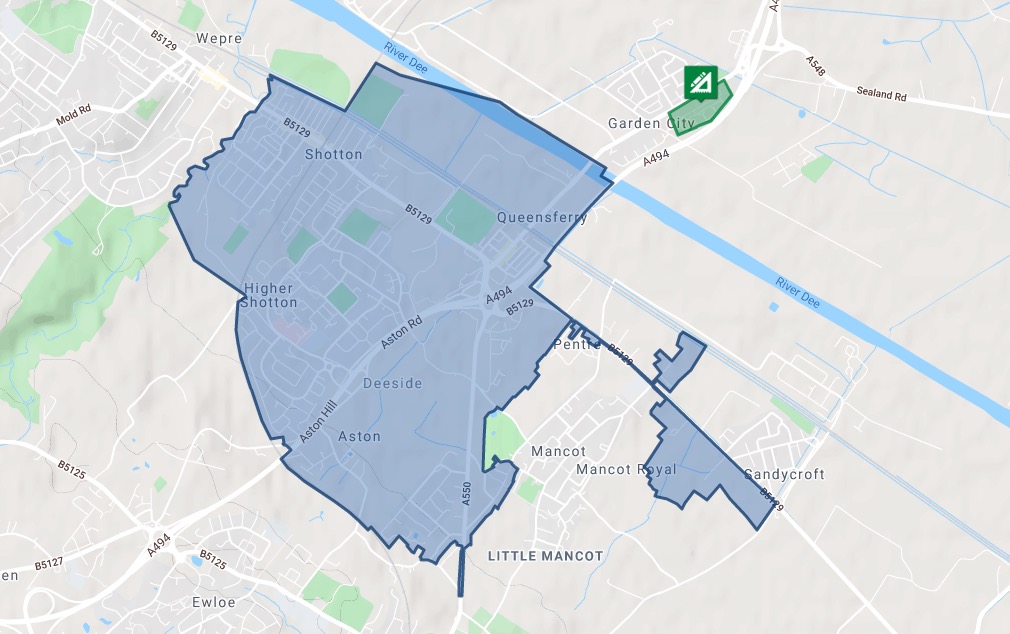 Earlier report: A burst water main which has left a large number of households in Aston, Hawarden and Ewloe without water and flooded part of the A494 is expected to be fully repaired by 8pm.

Welsh Water has said most of the affected properties should have had supplies restored this afternoon after tankers were brought in to pump water into the mains system.

“There may be some short interruptions throughout the afternoon when tankers need to be swapped over, but we are hoping to have the main repaired and supplies fully restored by 8pm tonight”, a spokesperson told Deeside.com.

The latest update on Welsh Water’s website was at 1.30pm, it states:

“The main is still under repair, unfortunately the repair is on the A494 on the A55 interchange, we have shut down one lane of traffic for safety reasons.

We are monitoring the traffic flow in the area and hope to reopen the lane by later tonight.

There is slow moving traffic on the eastbound A494 from the Plough Pub back to the A55 due to the lane closure.

Gallons of water is pumping out from the broken water main, along the path next to the A494 and into the road, one lane has been closed since early this morning.