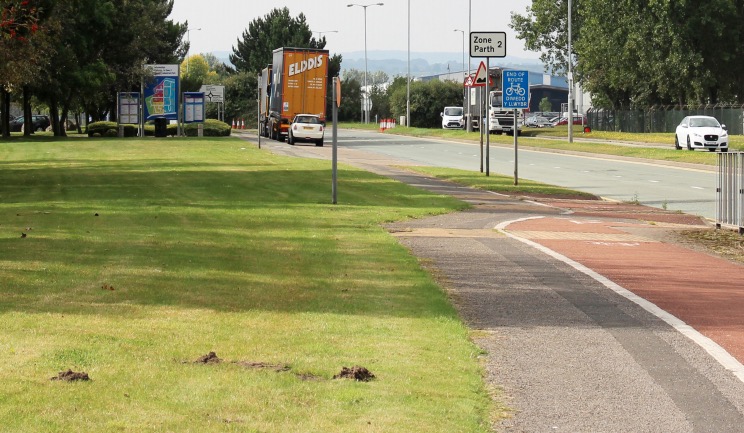 The work, which is expected to last six months, will see a dedicated cycle route to every business on Parkway, Second Avenue, Fourth Avenue and Sixth Avenue within Zone 2 of the Enterprise Zone.

The contractor is proposing to phase the works so that disruption is kept to a minimum.

Phase 1 would require a one-way system in the direction as shown by the pink arrows (see below), then as work progresses to phase 2 an additional one-way system as shown in blue added, finally Phase 3 in green added.

The direction of traffic is anti-clockwise from Fourth Avenue around to Parkway. All business accesses within the one-way system have been signed accordingly. 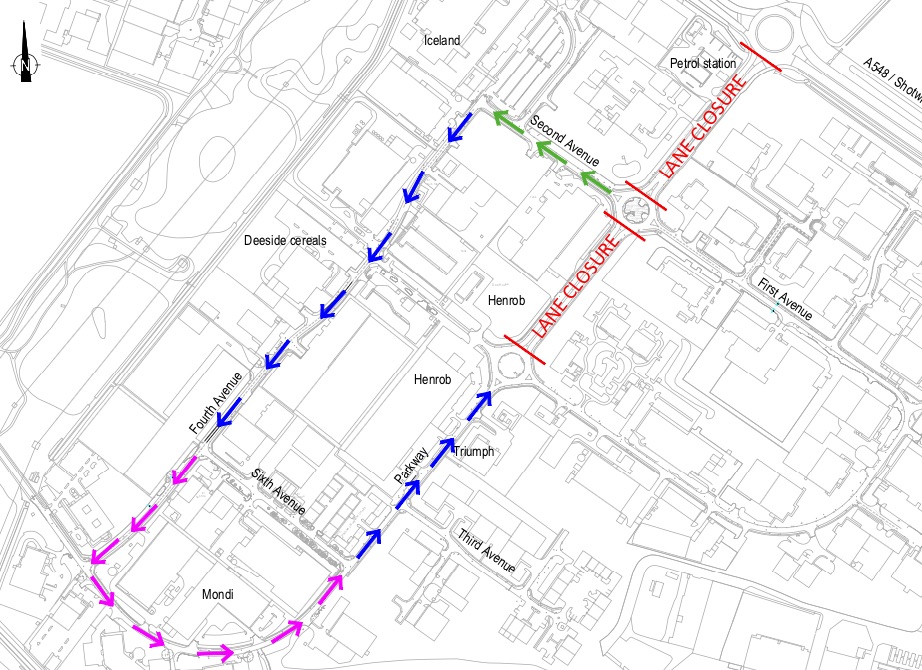 Parkway will not be shut to vehicles however there will be lane closures in the two-lane section shown in red (above) and a one-way system for the rest of Parkway in phase 2.

When roads are put into the one-way system, diversion signs will be erected to advise drivers.

The council says access to individual properties and businesses will be maintained although “short delays may be encountered.”

“Flintshire County Council and our contractor apologise for any delay and disruption that may be caused as a consequence of this work and will undertake the works as quickly as possible.”

“I am delighted that Flintshire County Council have secured further Welsh Government funding for the integrated transport proposals. This is one of many exciting schemes in the pipeline which will integrate all modes of transport to promote a sustainable, affordable and environmentally friendly public transport service.”

A site office is located on Fourth Avenue opposite Ifor Williams Trailers should anyone have any issues or queries they would like to raise with the council engineer onsite.