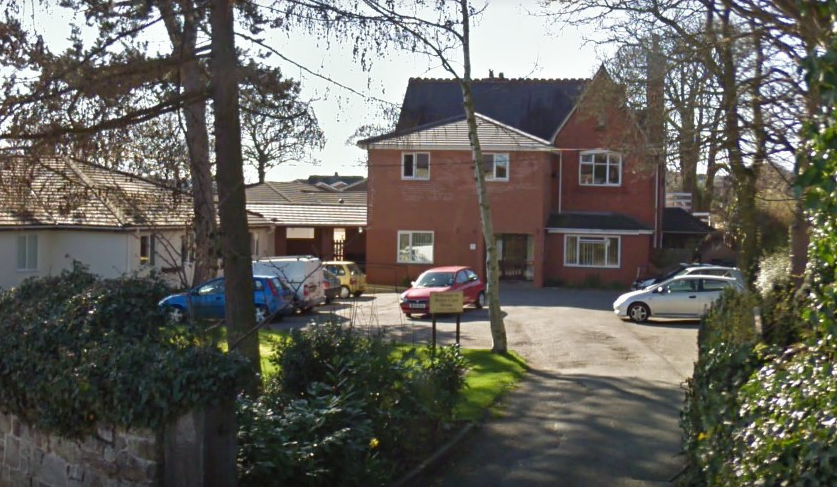 Inspectors have issued a second damning report against a care home where elderly residents were found to be at ‘significant risk’ of harm.

Care Inspectorate Wales (CIW) called for the owners of Bistre Nursing Home in Buckley to take action after it raised serious concerns about the welfare of people living there during the summer.

A follow-up inspection was carried out in October to check whether the home, which caters for people aged over 65, had addressed several areas of non-compliance.

While officials found improvements had been made to the conservatory and living conditions were comfortable, a recently published report said residents were still not always protected from harm.

A further non-compliance notice has now been issued as they said managers did not have sufficient oversight of the home and poor record keeping meant those living there could be at risk of choking.

However, the Chestnut Healthcare Group which owns the home has denied that any residents are at risk.

CIW said: “The evidence indicates the manager does not follow internal policies and procedures.

“Record keeping is poor and this impacts on the care and support people receive or not as the case may be.

“The impact on people using the service is people will decline in health and well-being.

“MAR charts which have not had a person’s allergies updated from their pre-assessments may result in the person being put at risk.

“Conflicting information in people’s nutritional care plans may also put them at risk of choking.

“People are being placed at unnecessary risk of harm.”

The home has until Monday, January 14, to address the issues raised.

The home was taken over by the Chestnut Healthcare Group in April and management said they were aware of the issues raised in the original report.

Following the first inspection, they said they had taken steps to address them by replacing some staff members, as well as introducing new care plans.

However, the latest report highlights 10 recommendations for improvement which have not been met.

She said: “We are as a team working together to give the highest quality of care to our residents, promoting their independence and ensuring that their safety and dignity is respected at all times.

“We have updated and changed the format of all the care plans
“Since purchasing the home in April we are on track to put systems from our other care home in place.

“Bistre has been renovated, it has decor to enhance the delivery of good dementia care in the entrance lobby and residents have been involved with choosing the decor.

“Everything we have put in place is for the benefit of good quality care to enhance their lives.

“We can guarantee that there is no resident at risk of any harm in Bistre care home.”