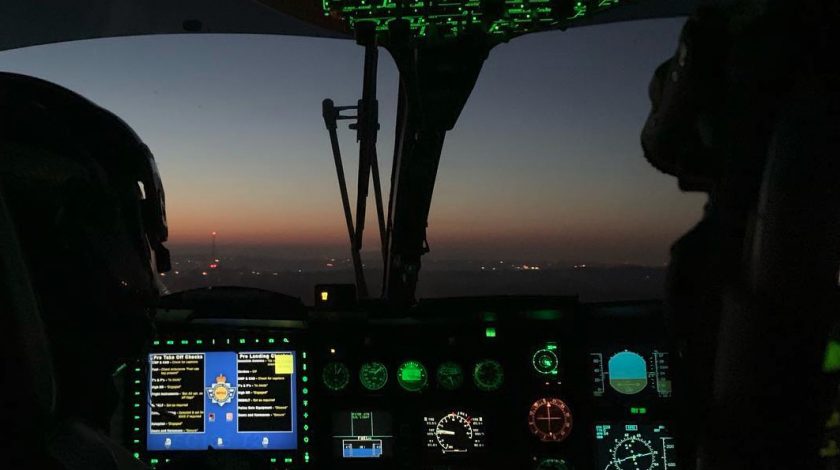 Police helicopter over Sandycroft in overnight search for burglary suspects

The Hawarden based police helicopter was called in to help search for three suspects following reports of a burglary in Sandycroft.

Police have said they were called to commercial premises on Factory Road in Sandycroft just before 3.30am today.

“A helicopter assisted in search for three suspects, there were no arrests.” A police spokesman told Deeside.com.

Janis got in touch at 4am to say: “Police helicopter overhead search lights on scanning the River Dee in Sandycroft.”

Dorota sent this video of the police helicopter and police on the ground.